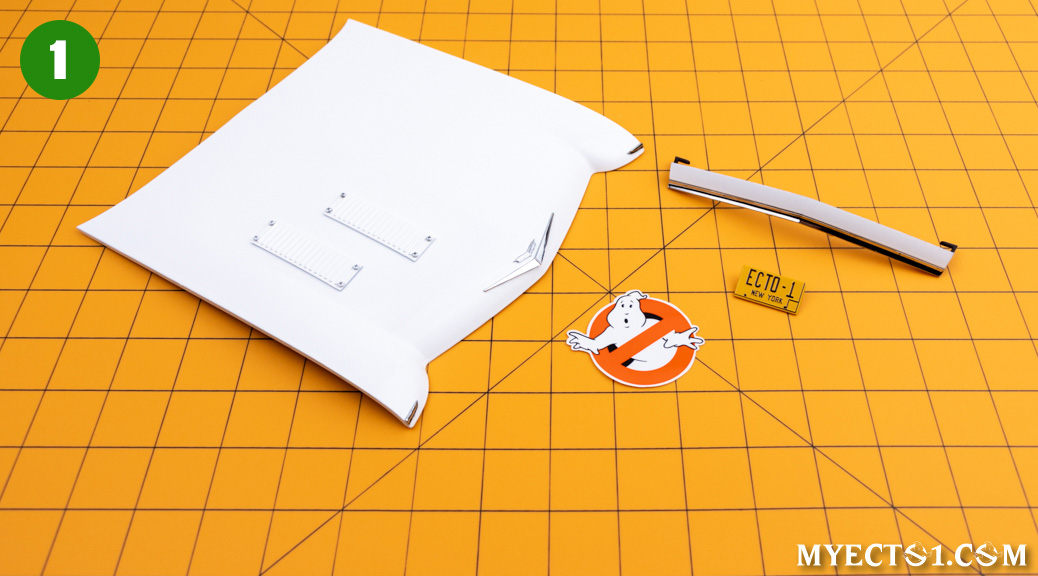 “Begin building your Ecto-1 by fixing the air inlets to the hood, as well as assembling the hood rim, which will be attached to the hood at a later stage.”

I cannot put into words how giddy I am to be finally starting this build. I hope you all enjoy the adventure with me! 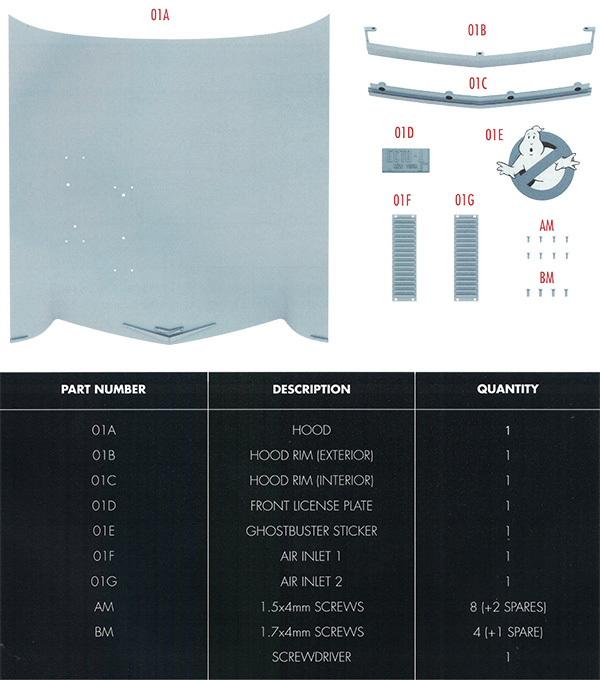 Materials: Here I will describe the materials the supplied parts in each stage are made out of. All of the screws are metal, so I will not mention them. For instance, in this stage, the Hood, Hood Rim (Exterior), and Front License Plate parts are metal, but the chrome trim and Air Intakes are plastic. 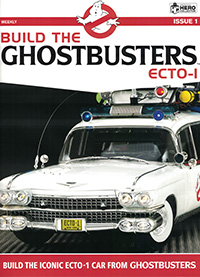 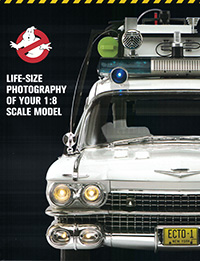 This is a fold out poster of the Ecto-1 and all of its dimensions depicted in full scale: 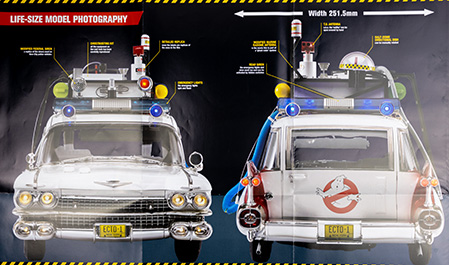 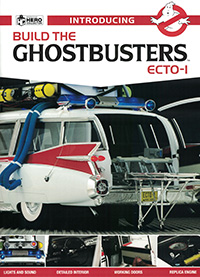 TIP: Throughout the build, parts will be referred to as ‘left’ or ‘right’. These are all relative to the driver’s position.

NOTE: Before we start, I highly recommend installing the Ecto-1 Hood Vents from Mike Lane instead of these stock ones. I am leaving these instructions here for those who want to use to the supplied vents, but my Mod Zone below has links to the mod details.

Fit the two pins of each Air Inlet into the matching holes of the Hood, lining up the screw holes.

These two Air Inlets appear the same on top… 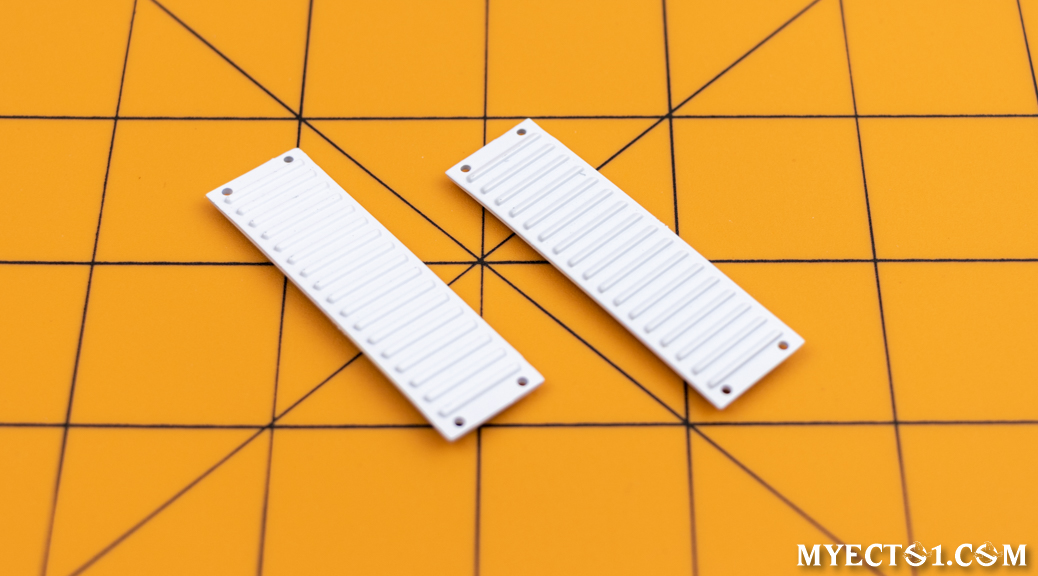 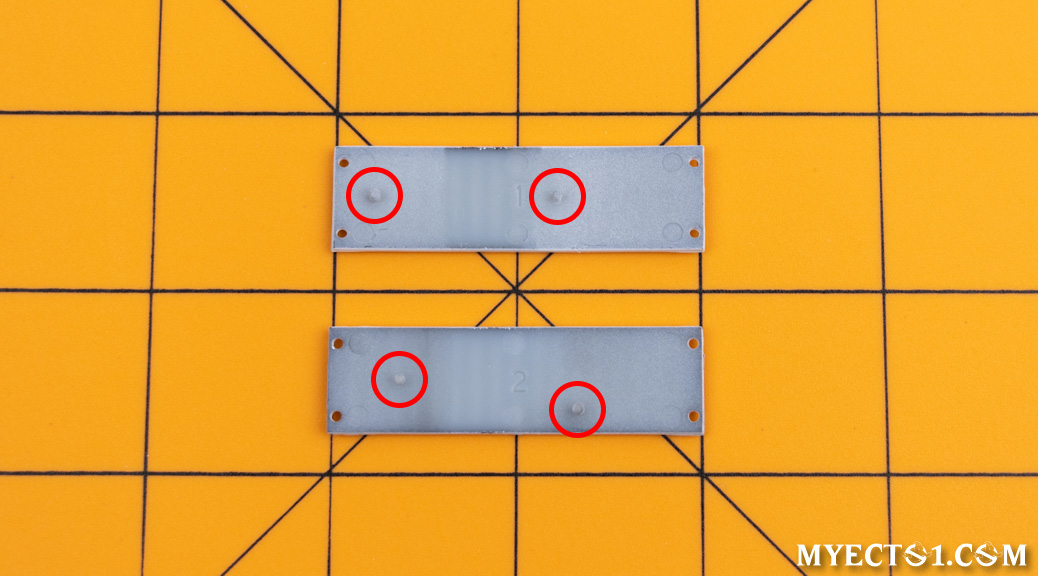 These parts are directional and only match the holes of the Hood in one orientation (#1 on the driver side, #2 on the passenger side): 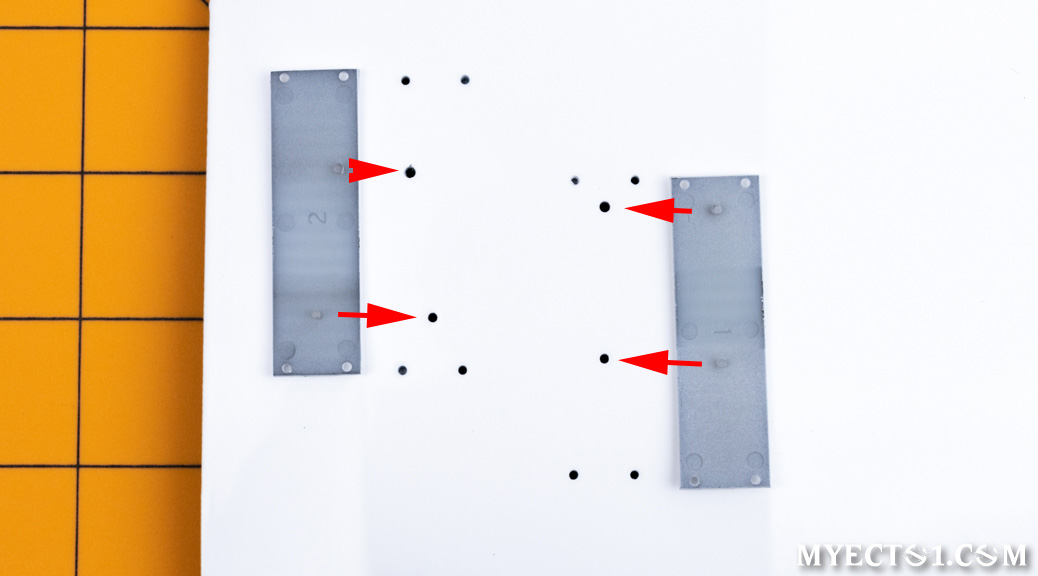 Give them a test fit before we move on: 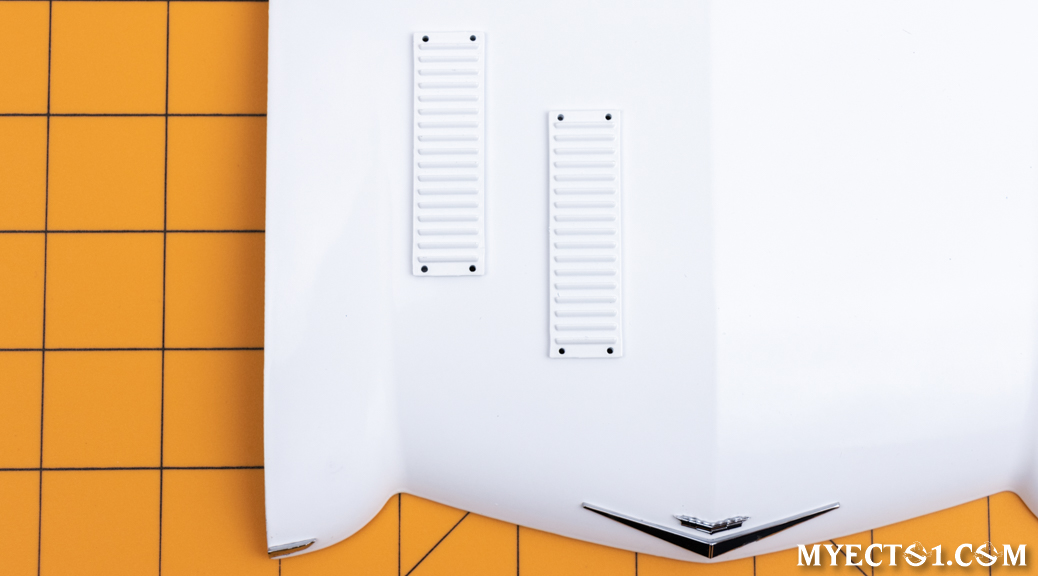 Secure the two Air Inlets to the Hood with eight (8) white AM screws.

TIP: Since these are the first screws of the build that drive into metal, I want to take a moment to recommend you read my 3-in-One Oil page. I did not start using this oil until much later in my build, but it has made such a difference I came back here to mention it now.

This is the first time I have seen pre-painted screw heads in any of my part work builds. Sadly, the paint work is not very good. It seems very inconsistent and random: 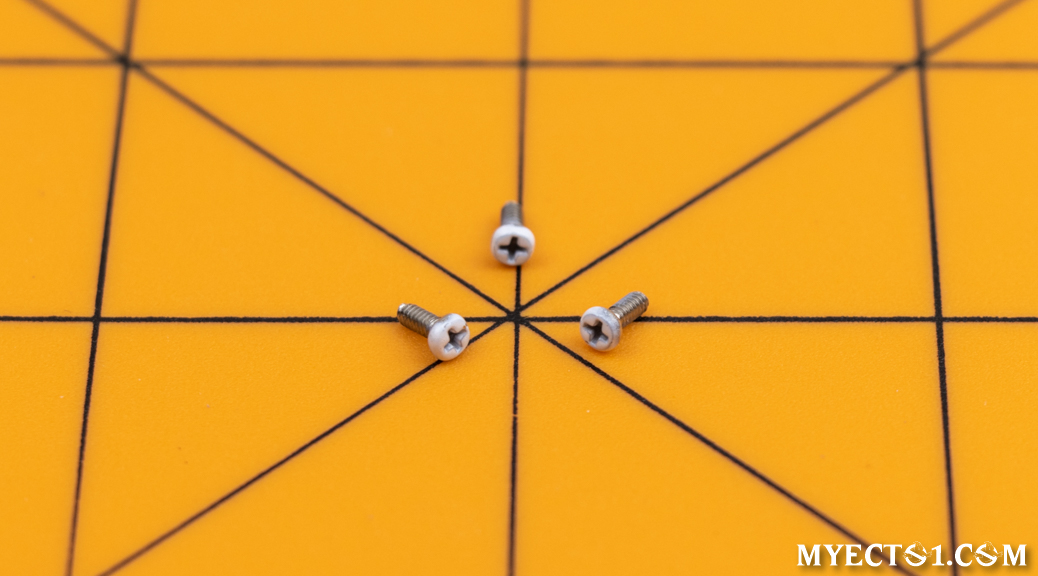 NOTE: I highly recommend pre-threading all metal screws (any screw type ending in ‘M’). Before attaching the parts, drive each screw into the matching hole about halfway, then back it out and clear away any metal shavings. Then, drive the screw all the way in and back it out again. Since the screws are harder (iron) than the softer die-cast metal (zinc), this creates threads in the die-cast parts.   When you attach the parts the screws will go in much easier with less chance of damaging the screw or the hole.

I have heard of many other builders snapping the heads off of these screws so take your time installing them. They only need to hold the plastic vents to the hood and do not need to be super tight. Also, it is worth noting (on my model at least) that not all of these holes go completely through the Hood. These ‘dead end’ holes may be the cause of some of the screw failures: 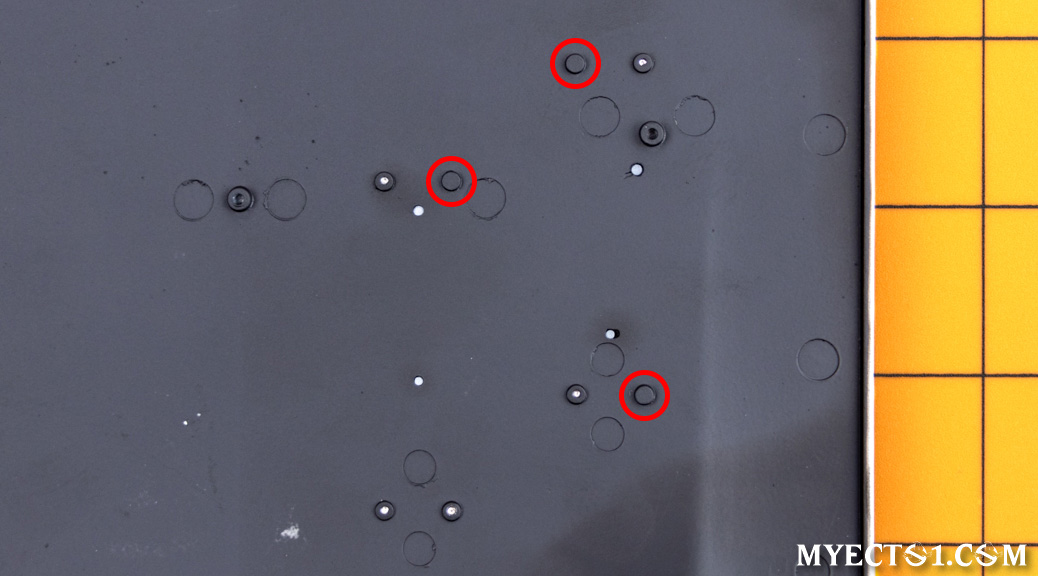 Let’s go ahead and get one of these Air Inlets installed: 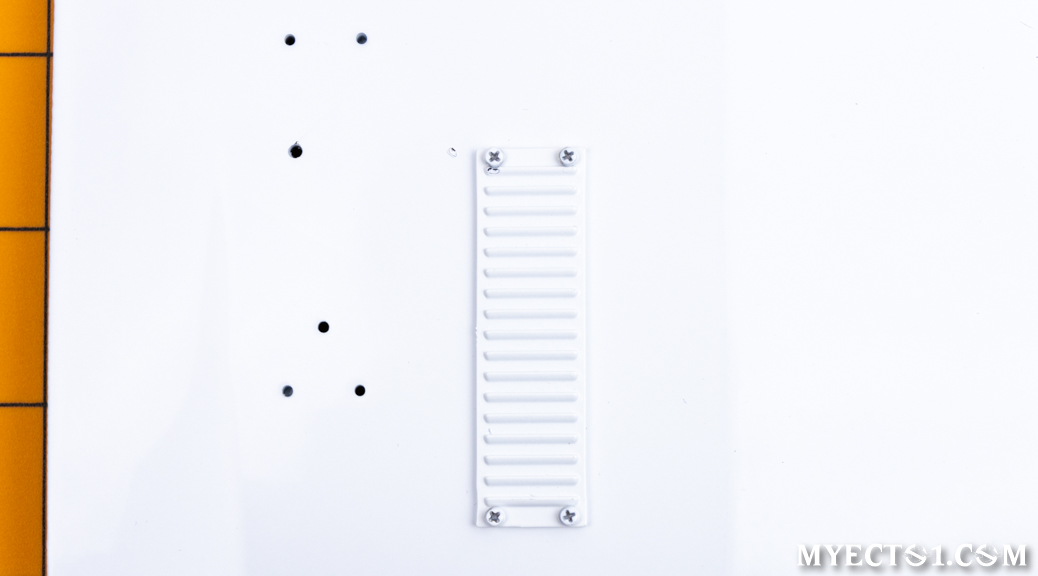 Ack, one of my screws squeezed the edge of the Air Inlet vent and broke off a corner! 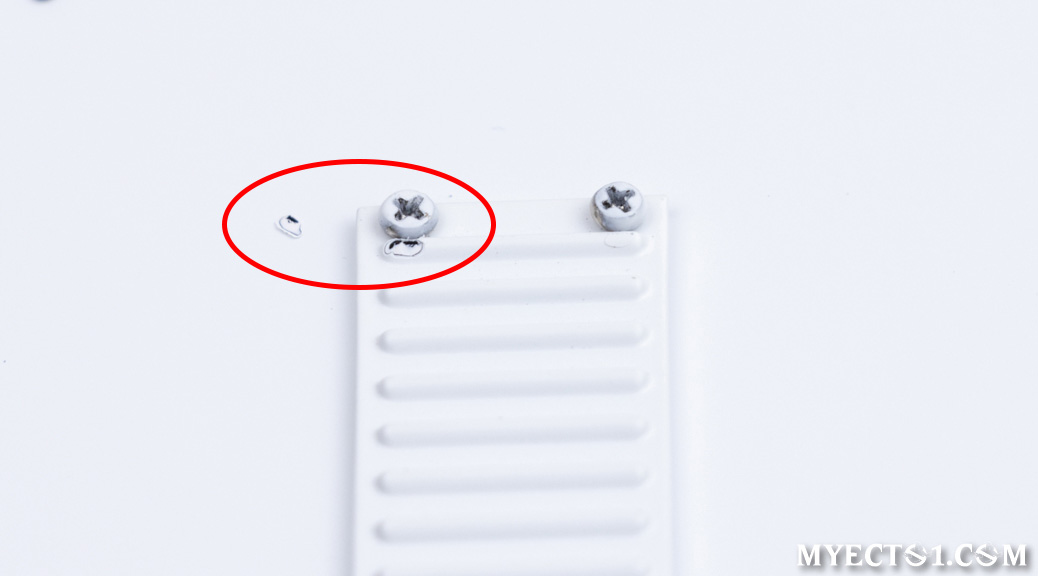 The other Air Inlet goes on *much* easier! 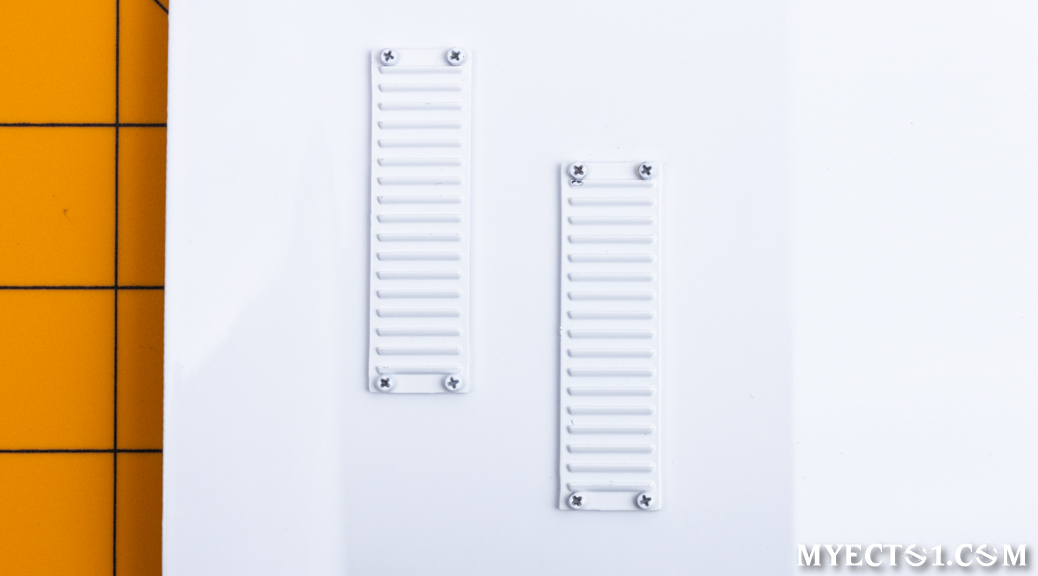 At this point, our Hood should look like this. The Cadillac emblem up front looks really nice! 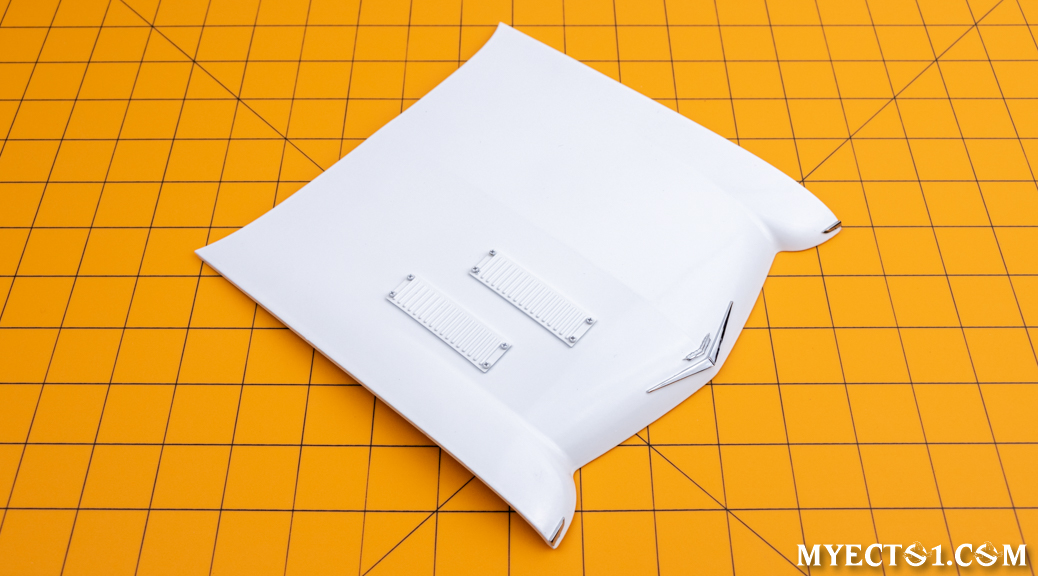 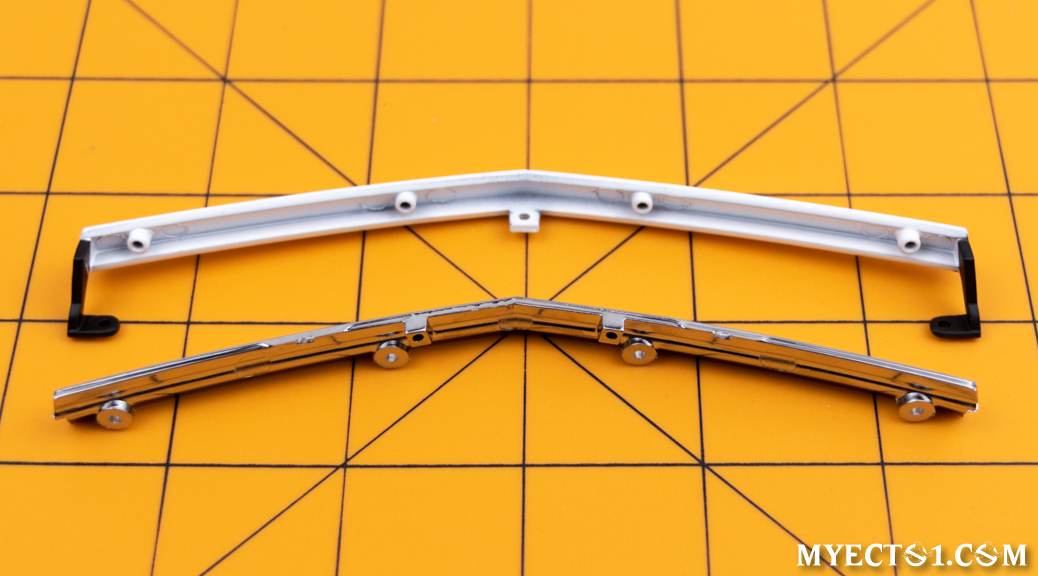 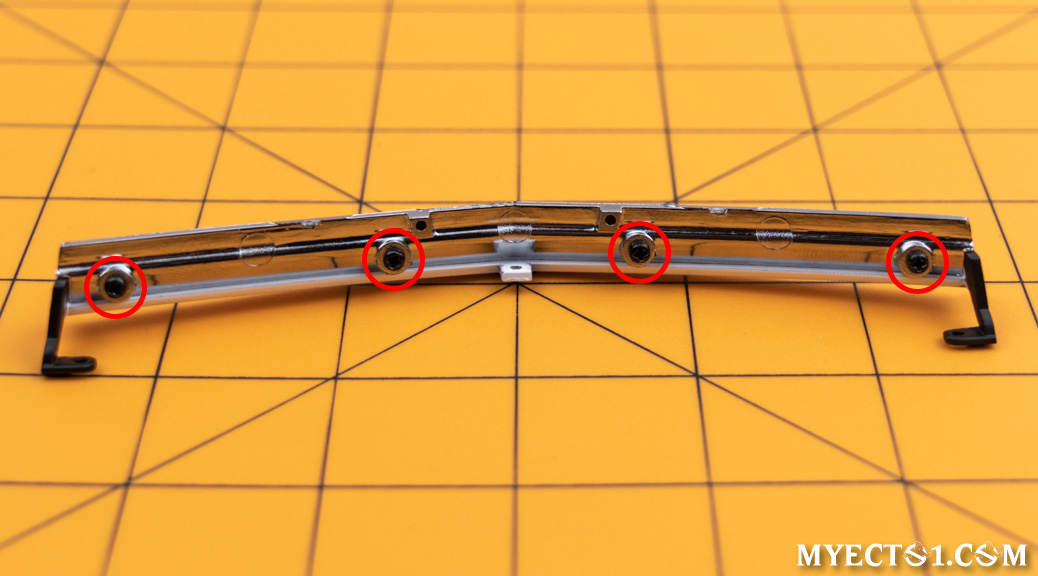 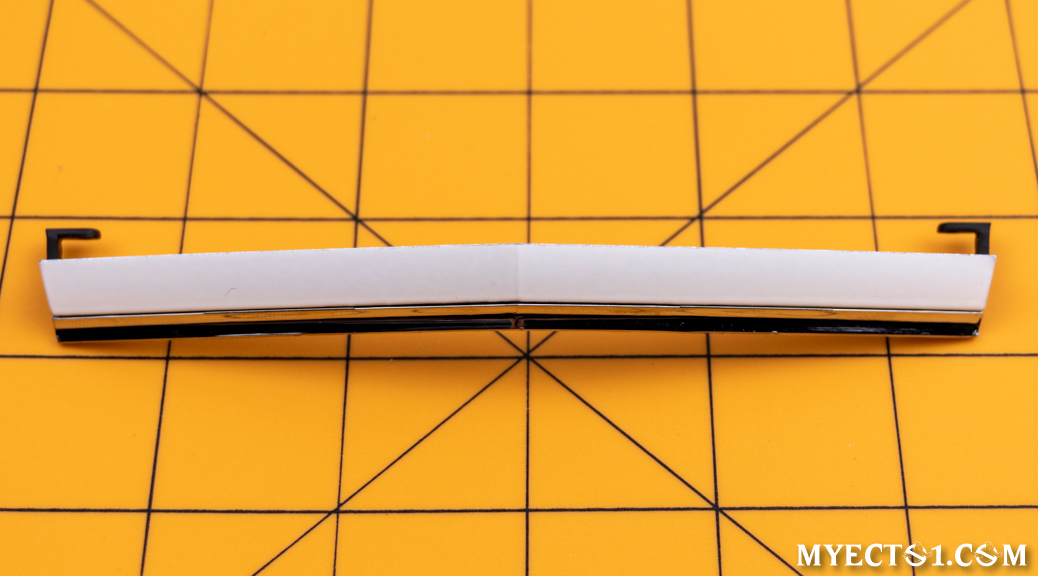 That completes Stage 1. We do not use the Front License Plate in this stage, so keep it safe until Stage 3. It is strange to me that they cropped off the edges of this license plate. Perhaps they were going for the look of the plate when the Ecto-1 first appeared on screen (it wasn’t mounted to the original movie car as much as it was just tucked up into the bumper):

Oddly, that makes no sense as this model is based on the restored Ecto-1 which has a normal plate (see the header image for this website). As for the Ghostbuster Sticker taped into the blister pack, it is a bonus part and not used in the build at all, so you can do with it as you please: 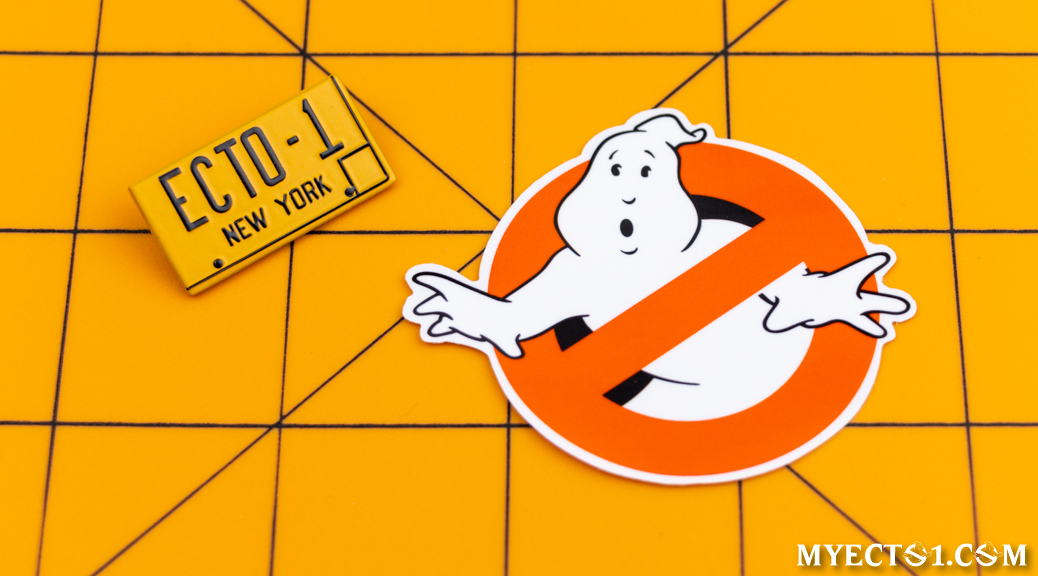 UPDATE Nov 5, 2020: I think they listened to us! With Issue 12 (Packs 39-42), they included a replacement Front License Plate that includes all four border lines and silver screw heads. This new plate appears to be much more accurate: 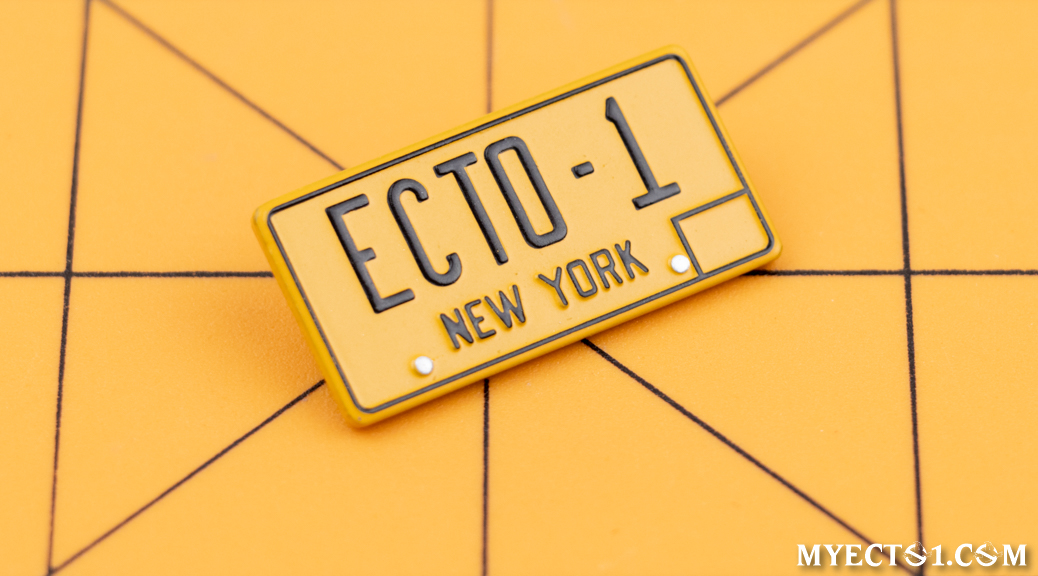 After this issue was finished, I finally got my hands on the new Ecto-1 Hood Vents mod from Mike Lane. These are practically required to fix the awful stock vents. Read about the installation and see a side-by-side comparison HERE! 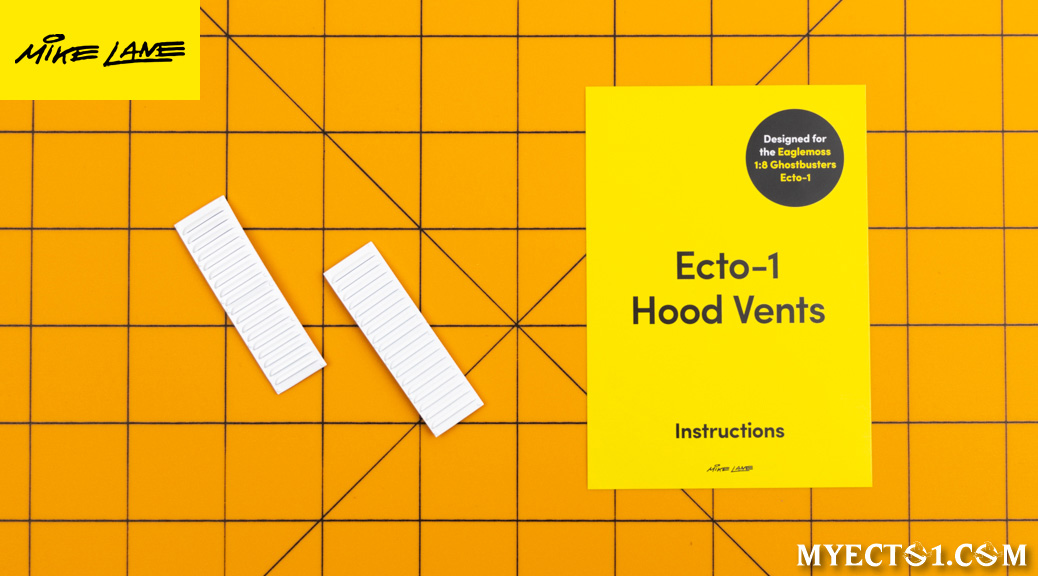 There was not much to do in this first stage, but I am very happy that we are now underway on the Ecto-1! This thing is going to be massive and dwarf all of my other vehicle part work builds. I was disappointed in the hood vents/screws, but thankfully a mod came long to fix them! Keep these parts in a safe place for now as the Hood will not be needed again until Stage 71. The Front License Plate will be used in Stage 3.