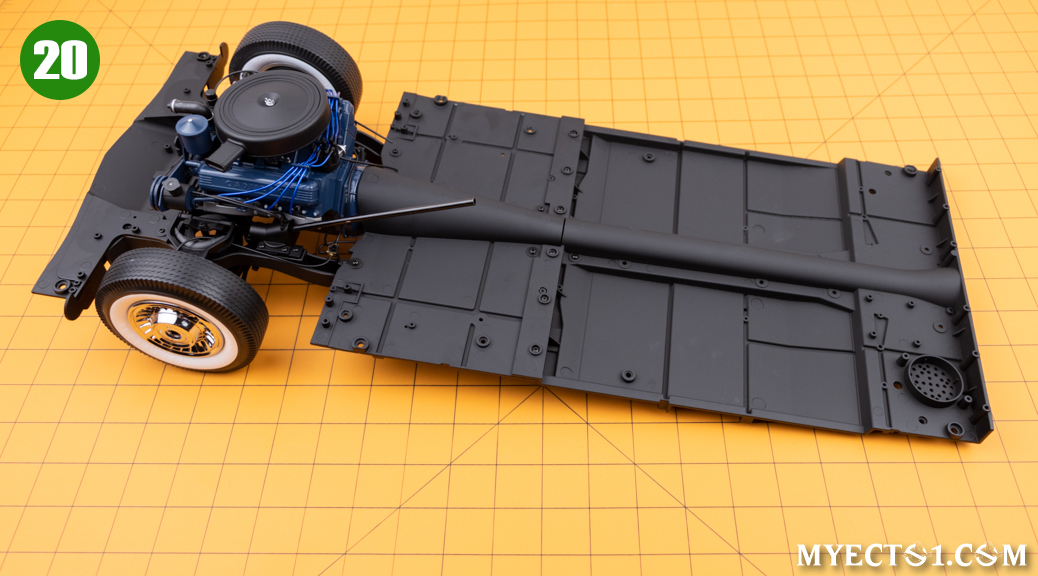 “In this stage, you fix the middle chassis parts to the frame of your Ecto-1, and fit some of the oil pipes.” 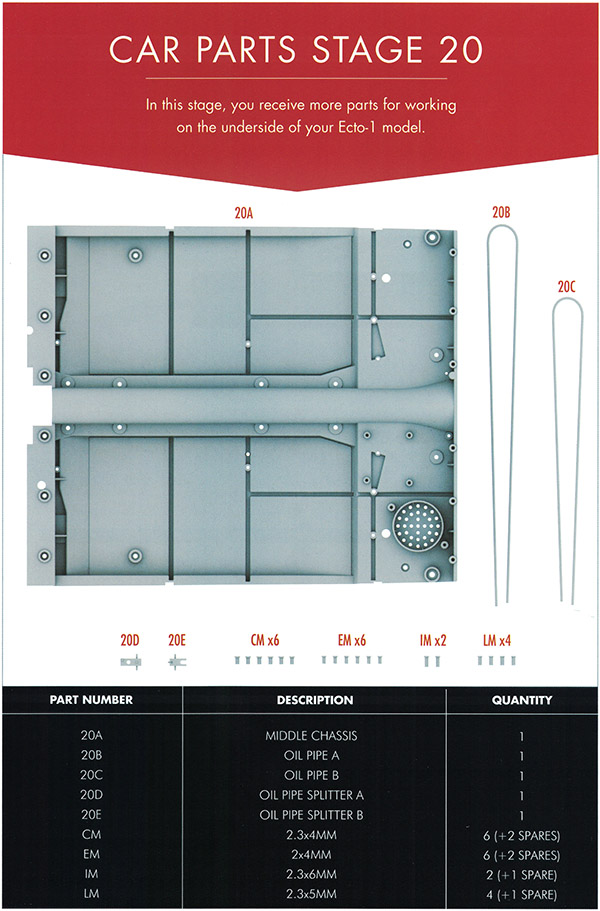 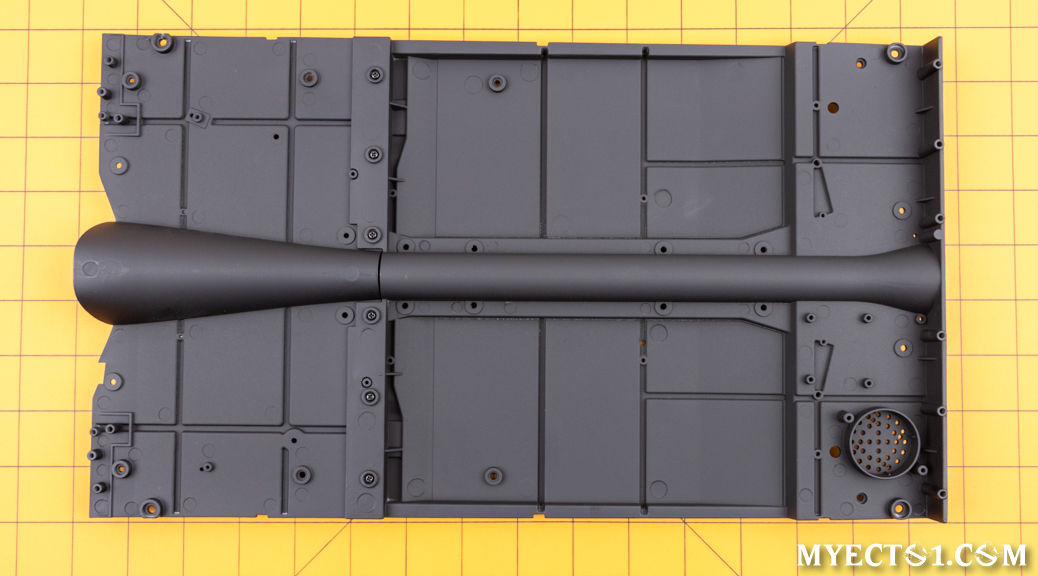 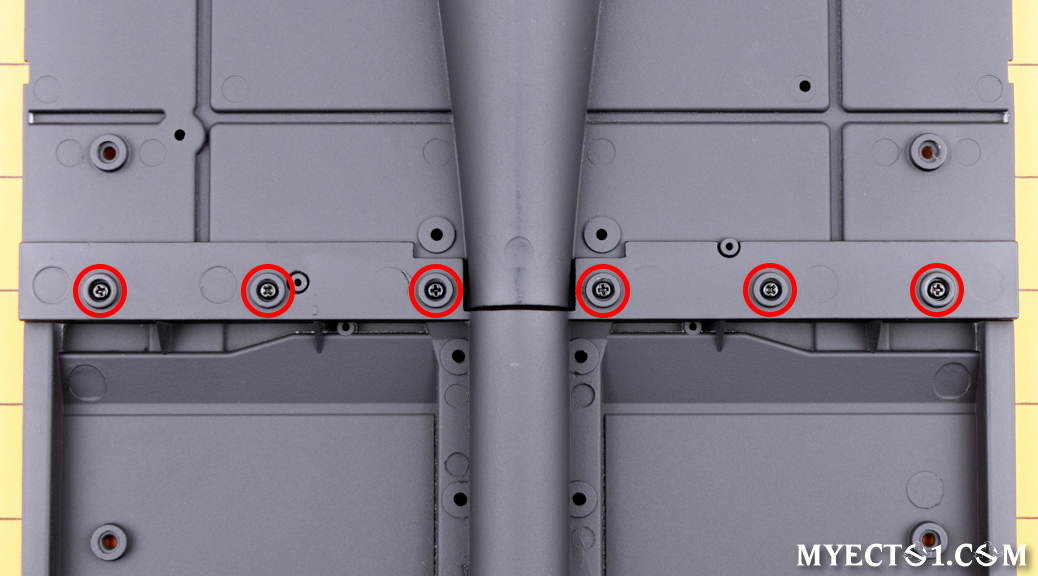 Turn this entire assembly over. Fit the Oil Pipe Splitter A to this location at the rear of the Middle Chassis and secure it into place with one (1) EM screw, as shown.

There is a pin on the Oil Pipe Splitter A that will align this correctly: 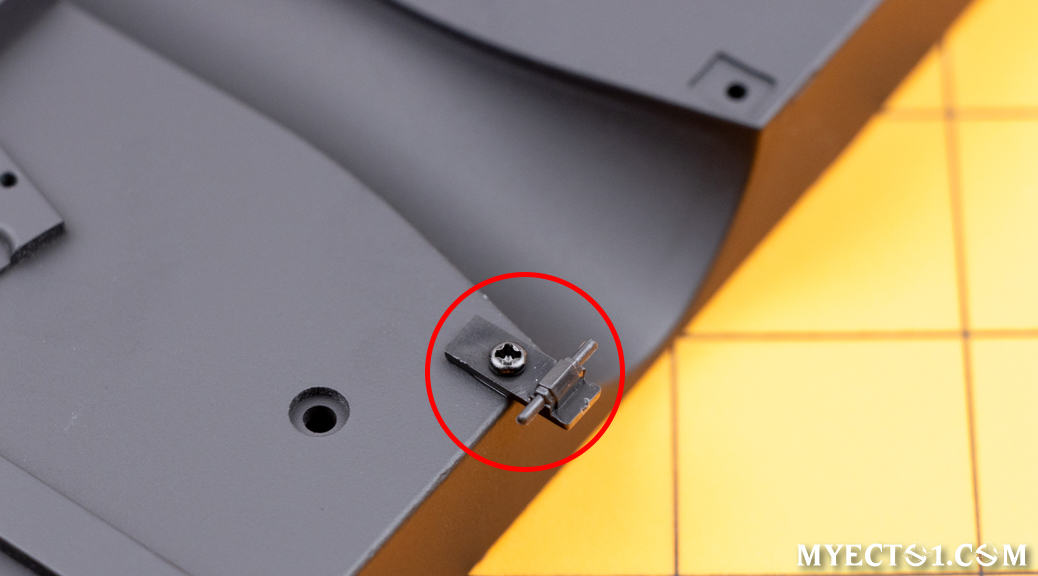 Then, fit the Oil Pipe Splitter B into this oblong recess at the rear of the Middle Chassis as shown, and secure with one (1) EM screw: 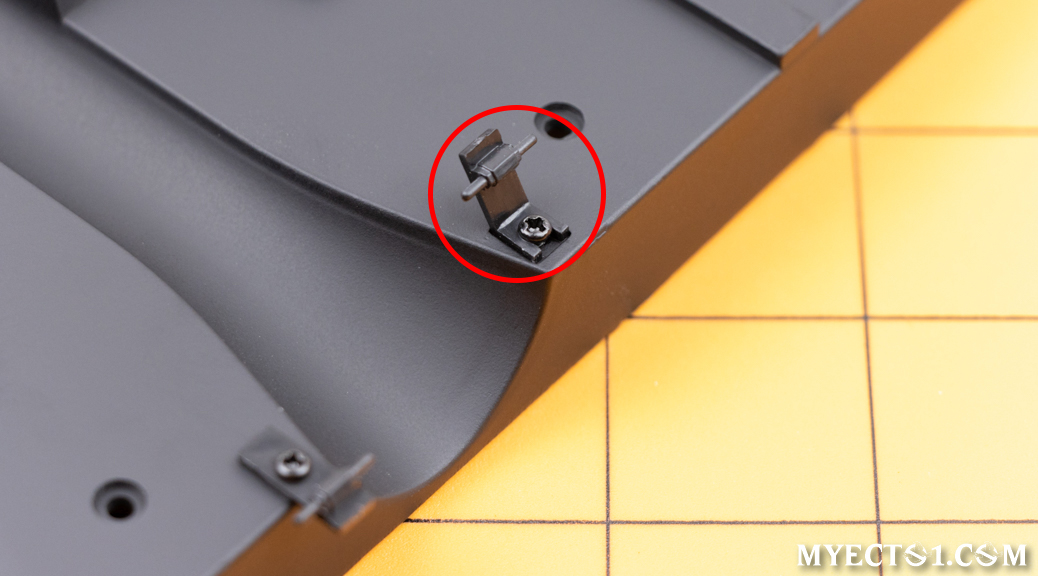 Retrieve your Front Chassis Frame/Engine assembly from Stage 18. Turn the Middle Chassis assembly over, fit the front edge (with the large curved tunnel) over the Gearbox to align the various mounting holes:

Secure the Front Middle Section to the frame underneath with four (4) LM screws at these front locations: 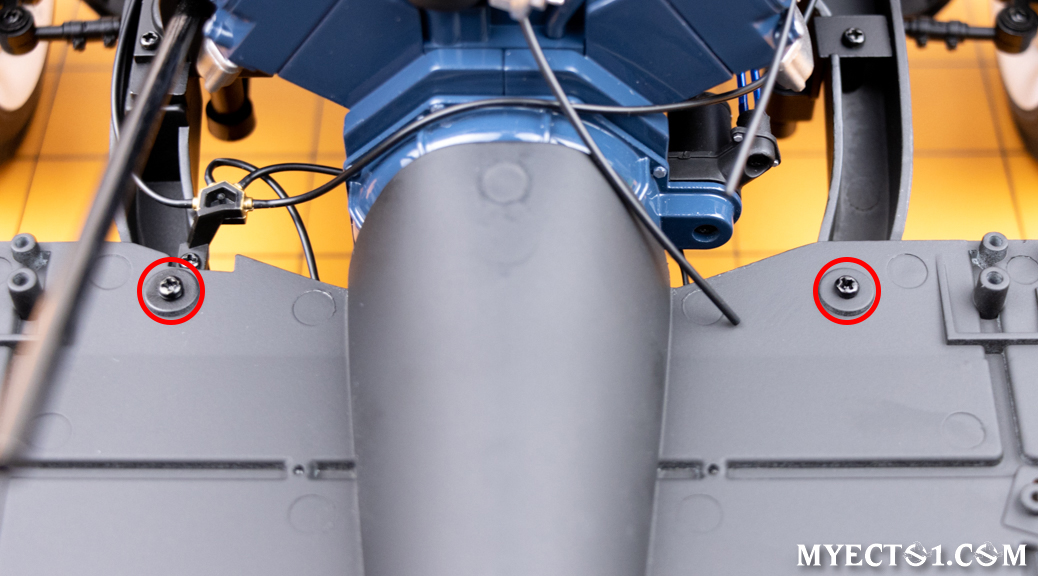 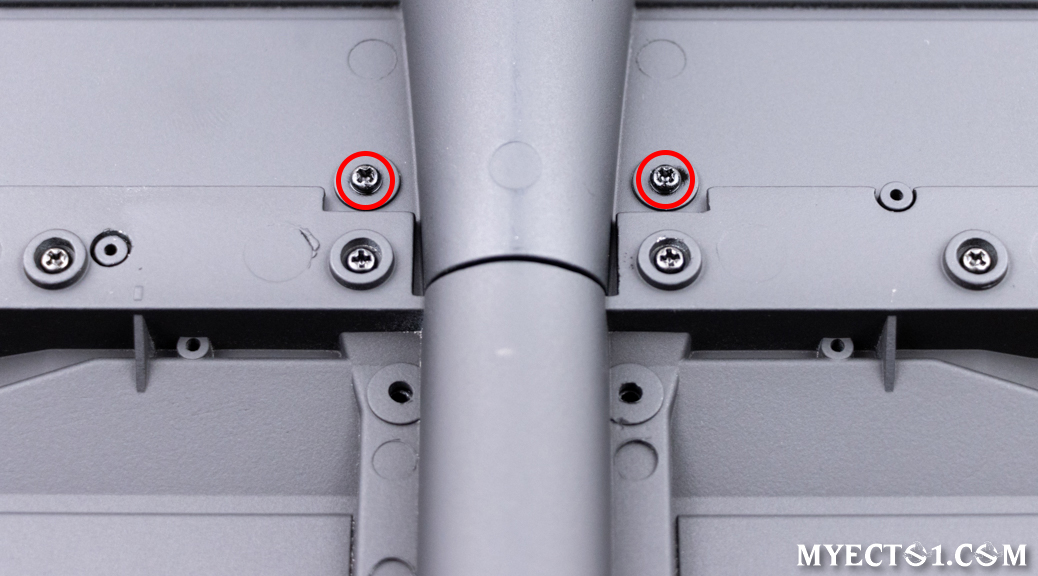 Secure the Middle Chassis section to the frame underneath with two (2) IM screws at these rear locations: 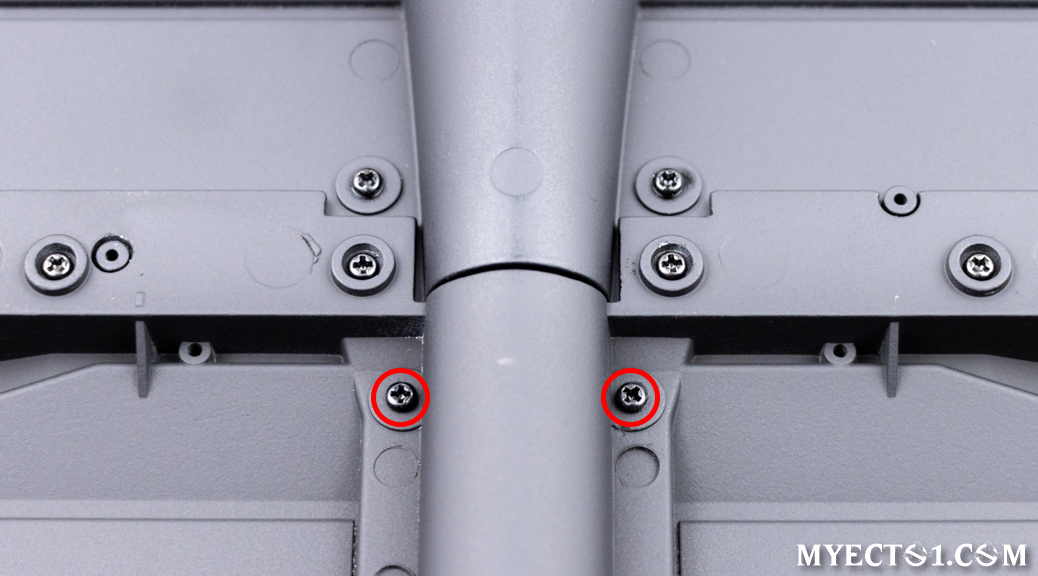 Turn the entire Chassis assembly over again, and secure both chassis parts to the frame with four (4) EM screws, as shown: 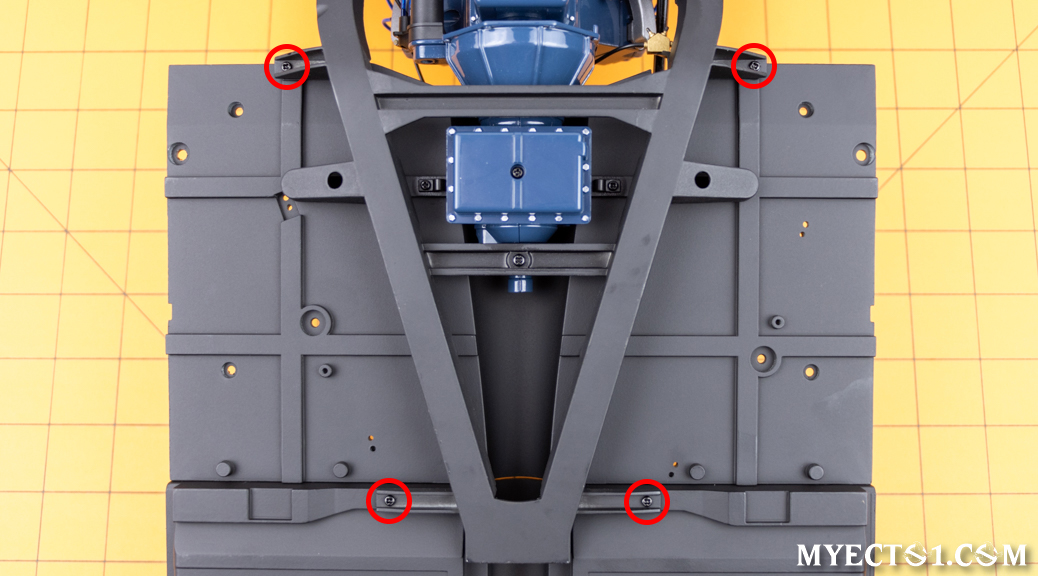 At the rear of the Chassis assembly, push one end of Oil Pipe A (the longer one) onto the upright pin of Oil Splitter A, as shown.

These are really brake lines, not oil lines: 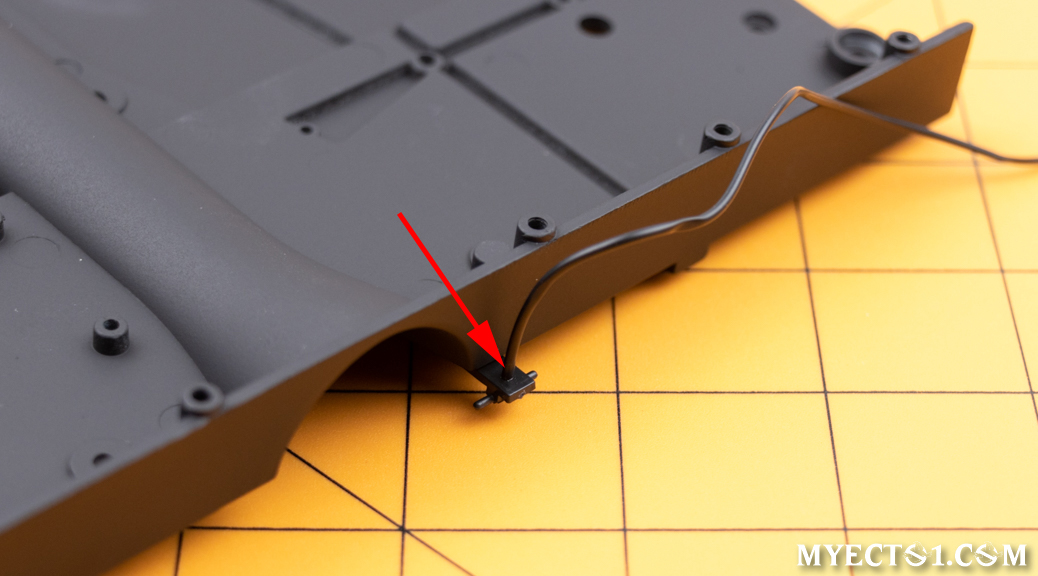 Thread the free end of Oil Pipe A under the chassis, through this Oil Pipe Cover (circled below), and between the Oil Pan and Gearbox (arrow below): 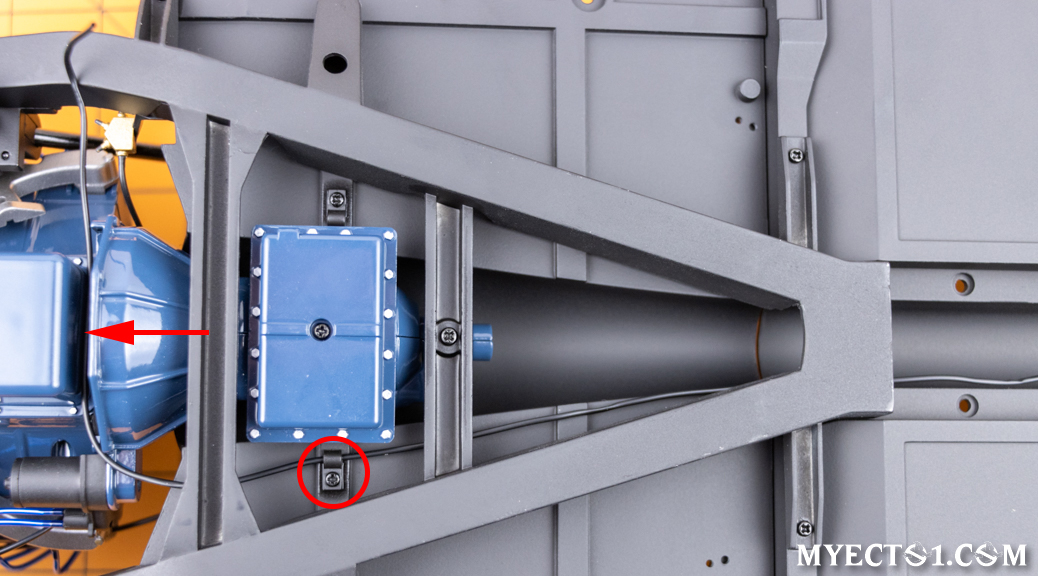 Then, attach it to this pin of the brake Distributor.

This pipe was a little long so I trimmed it down for a better fit. You may also notice that I used a Metallic Gold Sharpie to color my Distributor here: 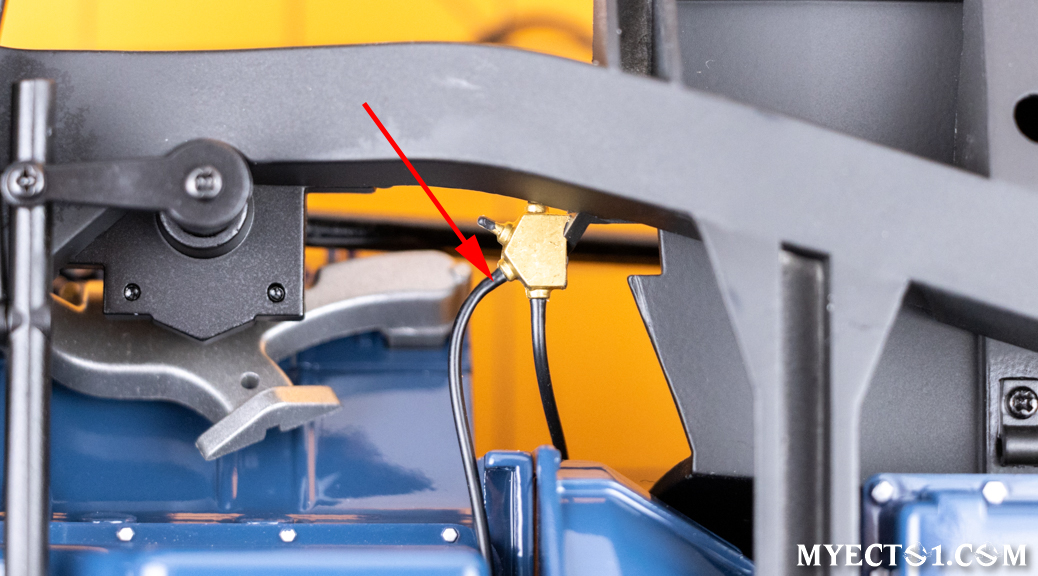 Push one end of Oil Pipe B (the shorter one) onto the center pin of Oil Splitter B, as shown. 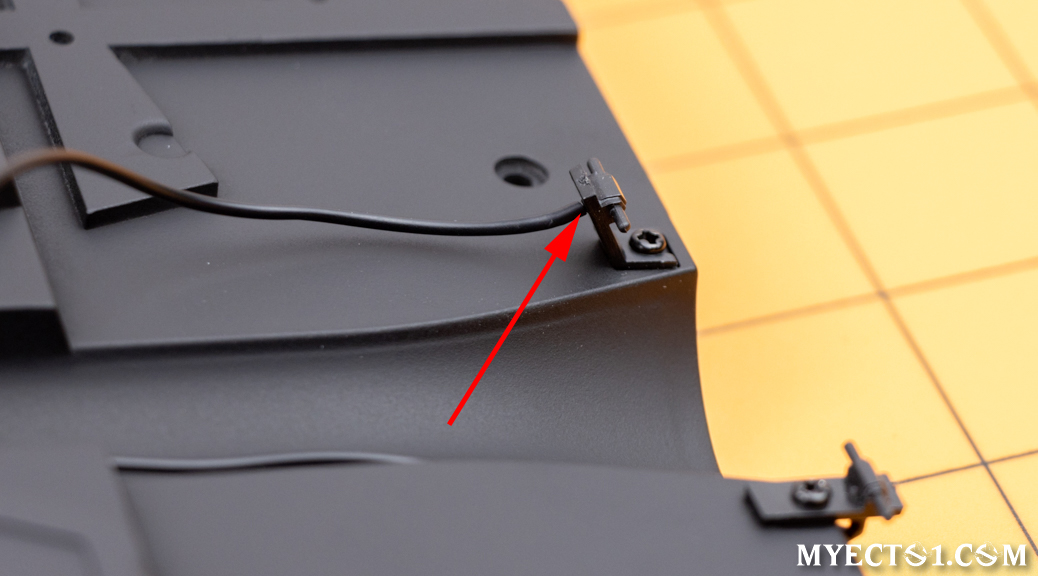 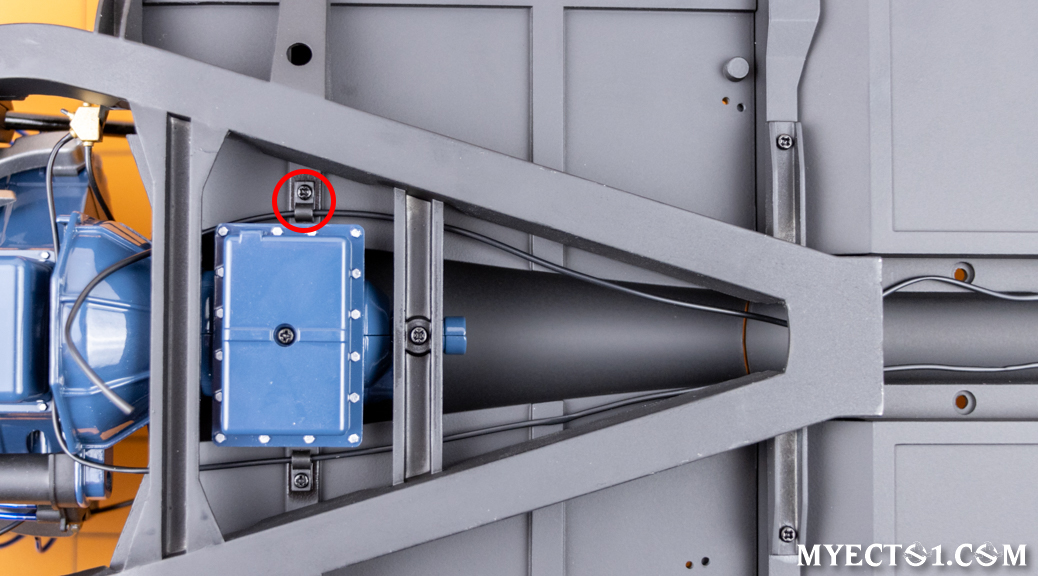 … and attach it to this pin of the brake Distributor: 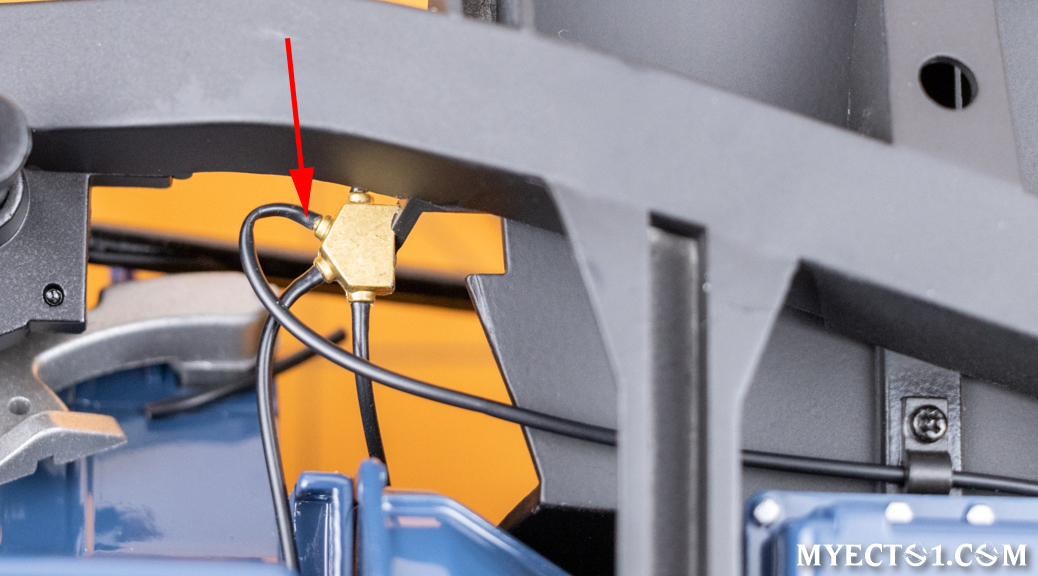 This model just got really big, really fast. And, we still have the rear section to add to it! The Middle Chassis is metal, the Oil Pipes are PVC vinyl, and the Splitters are plastic.