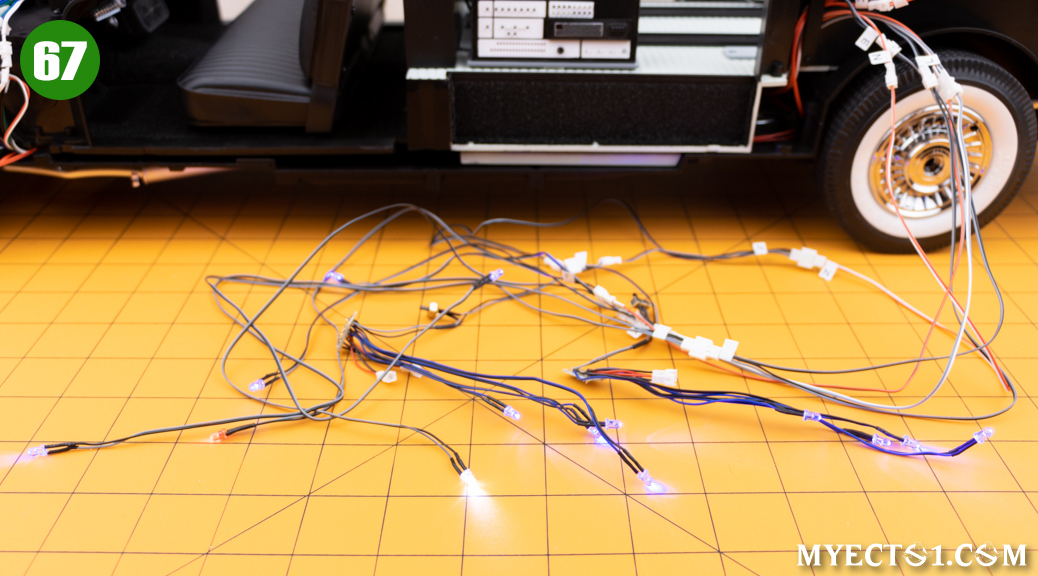 “In this stage, you fit the LEDs for the roof lights to the electrical system of your Ectomobile.” 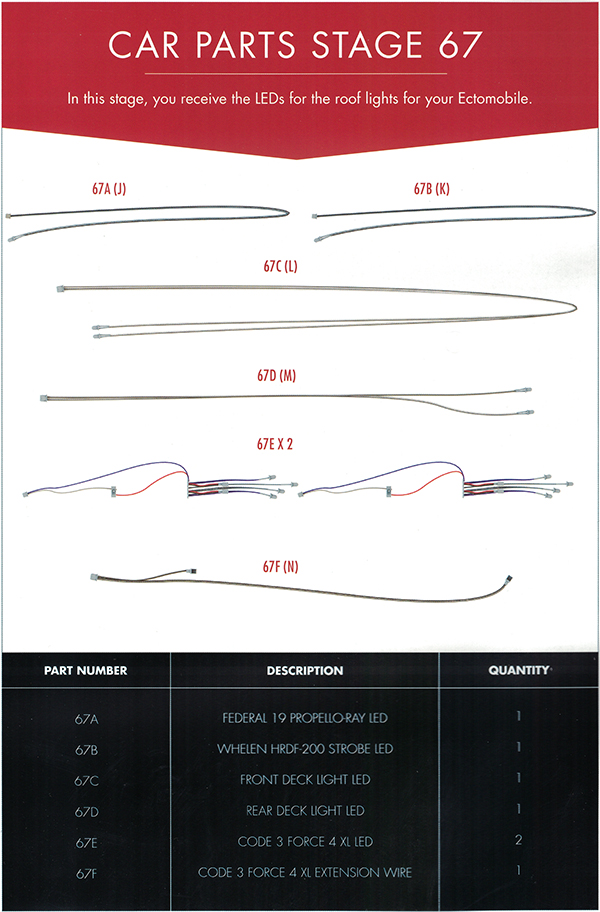 Materials: All of the parts in this stage are electrical. 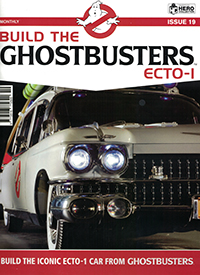 To complete this stage, we are going to need the four short extension wires that we had left over from back in Stage 65: 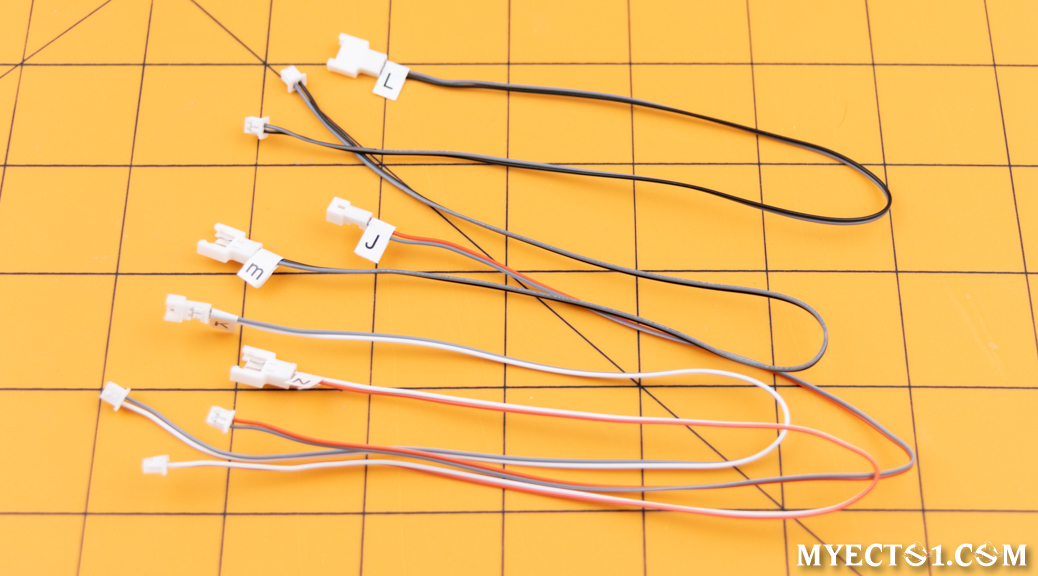 Retrieve your Chassis assembly from the previous stage. Connect the grey/red Federal 19 Propello-Ray Wire extension (marked ‘J’) to the matching plug (marked ‘J’) at the left rear of your Ecto-1, as shown: 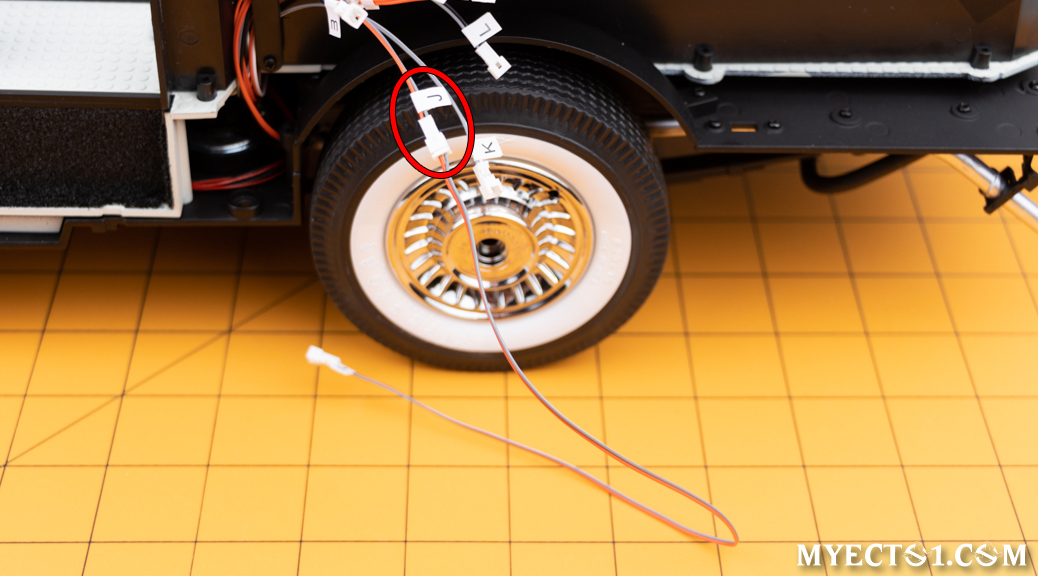 Then, connect the grey/black Federal 19 Propello-Ray LED (from this stage, marked ‘J’) to the end of this extension, as shown: 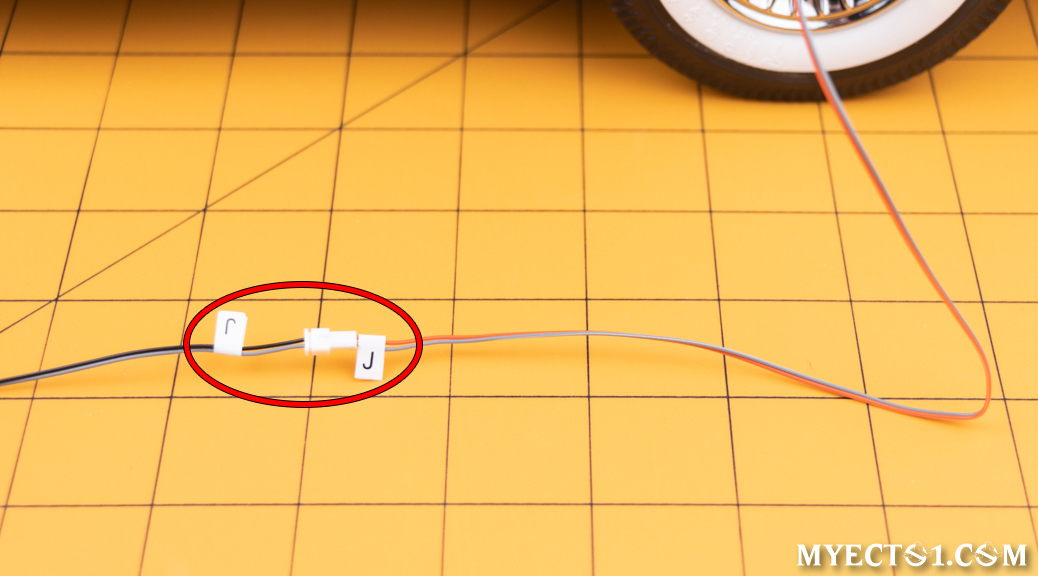 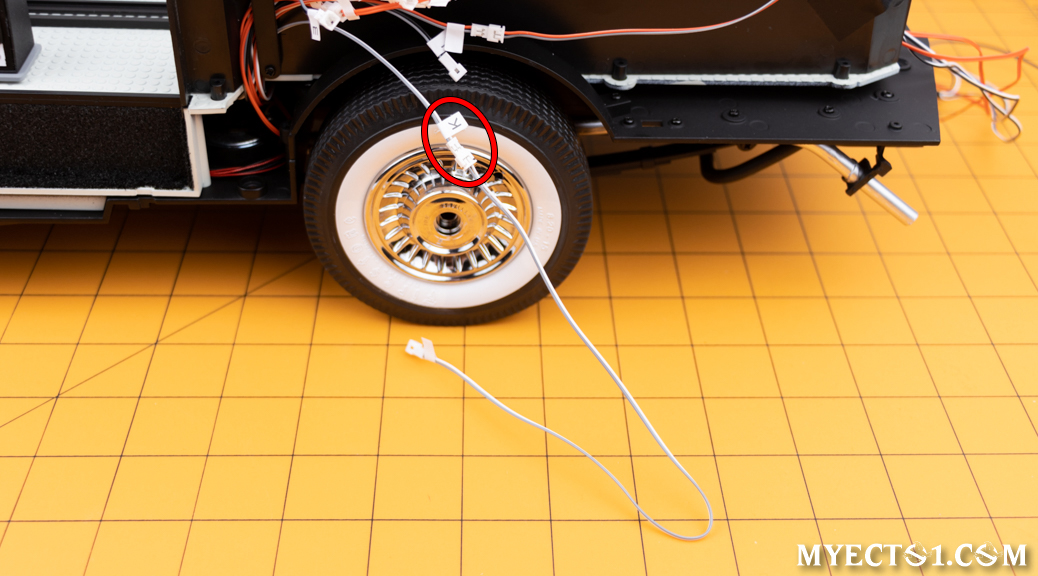 Then, connect the grey/black Whelen HRDF-200 Strobe LED (from this stage, marked ‘K’) to the end of this extension, as shown: 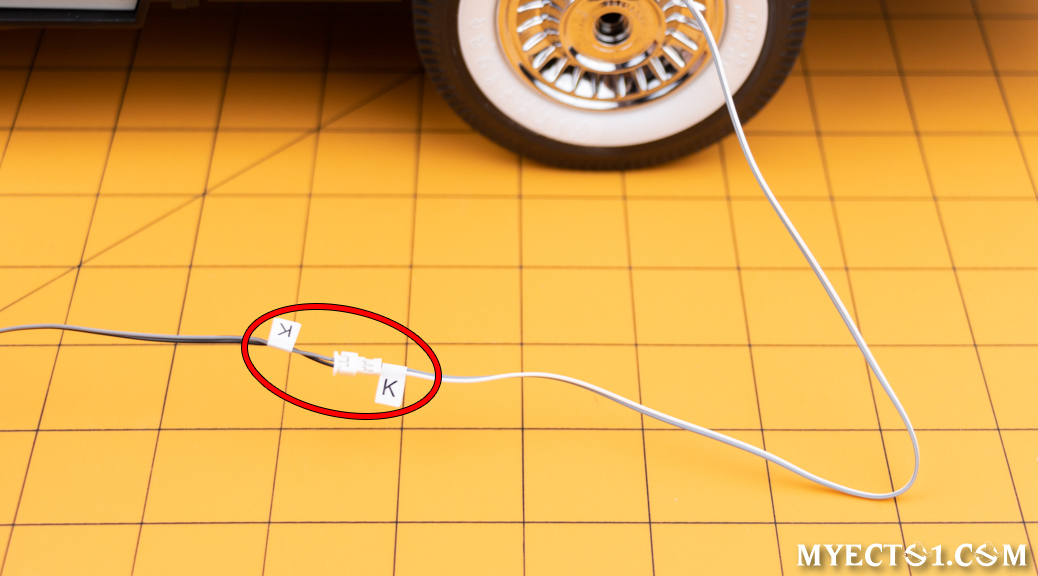 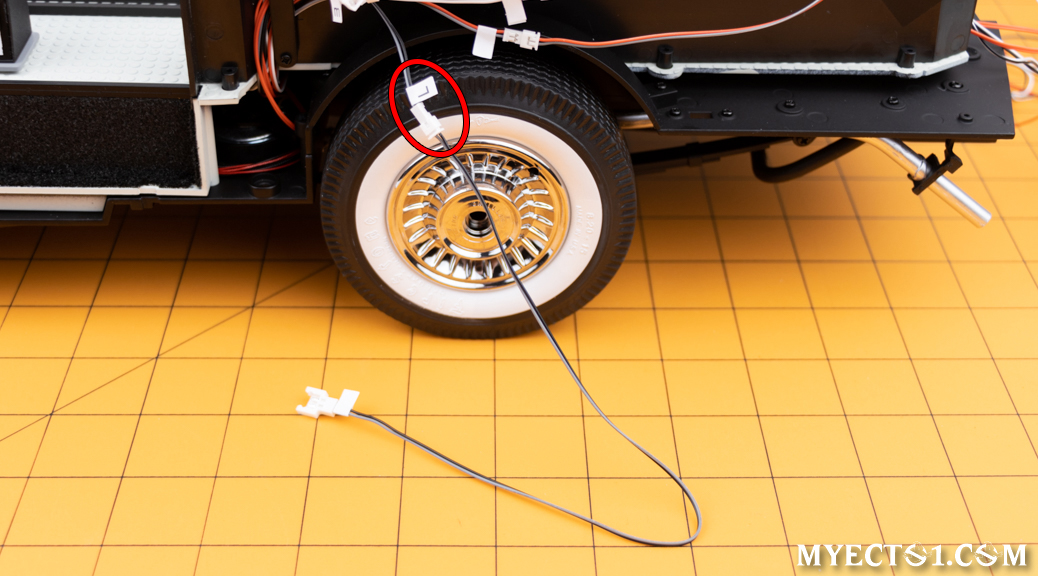 Then, connect the grey/black Front Deck Light LED wire (from this stage, marked ‘L’) to the end of this extension, as shown: 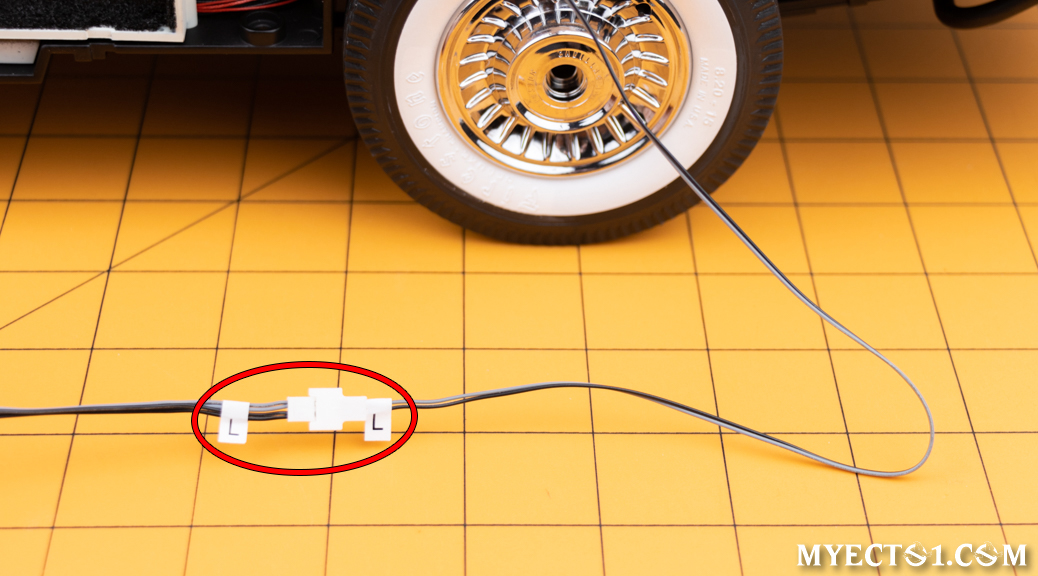 These are the only wires that use lowercase letter designation labels to avoid confusion with the ‘W’ wire: 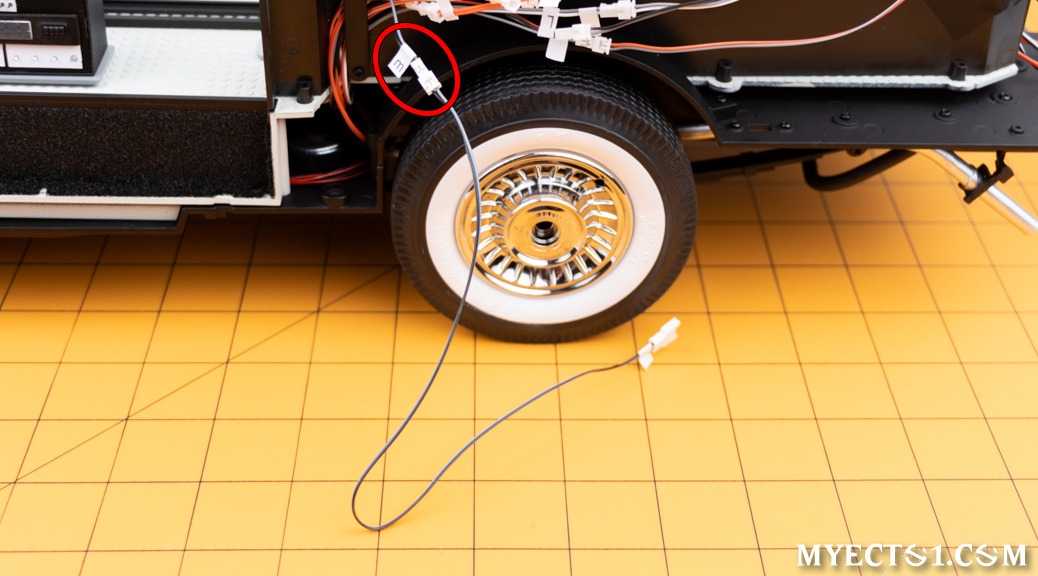 Finally, connect the grey/black Rear Deck Light LED wire (from this stage, marked ‘m’) to the end of this extension, as shown: 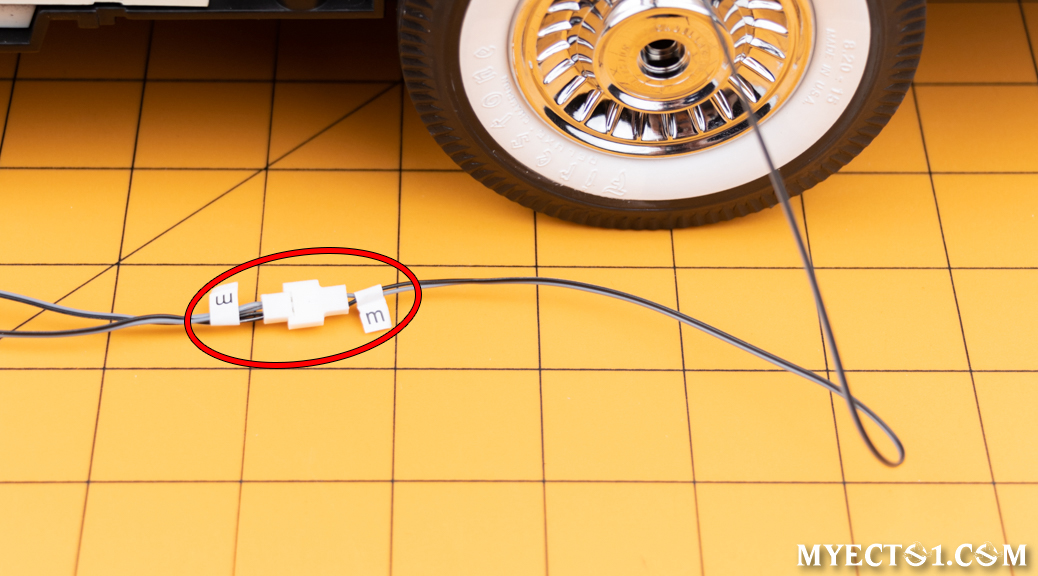 At this point, we can test these roof light LEDs. Power up the car and press this left radio button.

This button acts as a toggle switch. Each press turns the Roof Rack lights on or off: 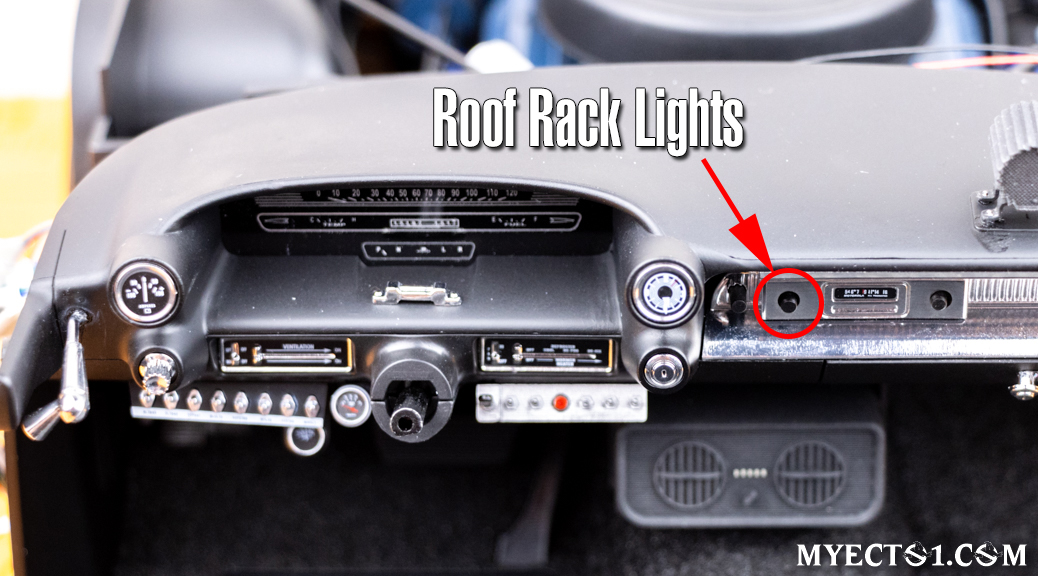 The red LED for the Federal 19 Propello-Ray should light up steady: 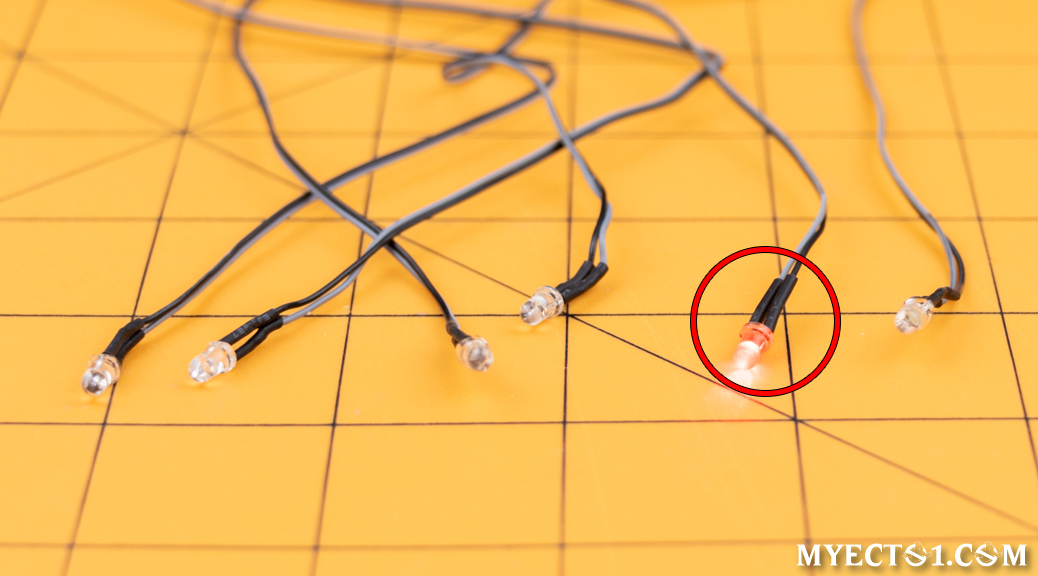 The four blue LEDs for the Front and Rear Deck Lights (the round PARs) should blink on and off fairly quickly: 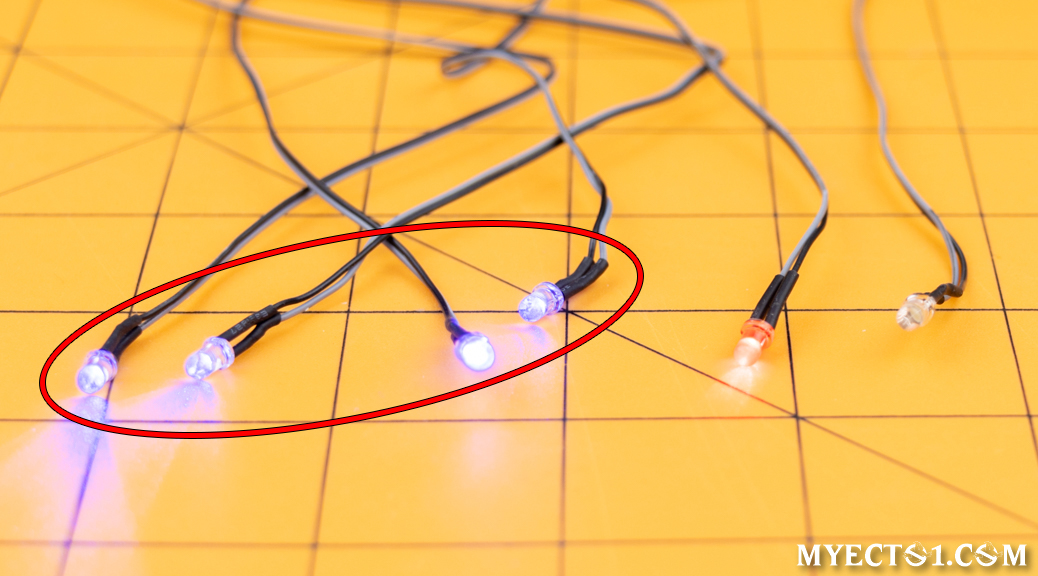 And, the white LED for the Whelen HRDF-200 Strobe Light should also blink on and off, but much slower: 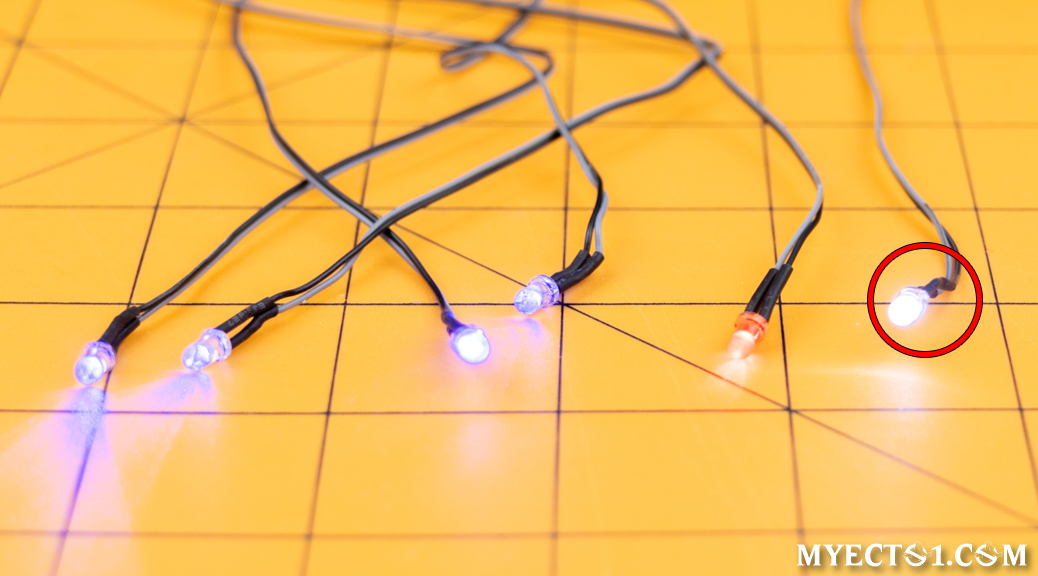 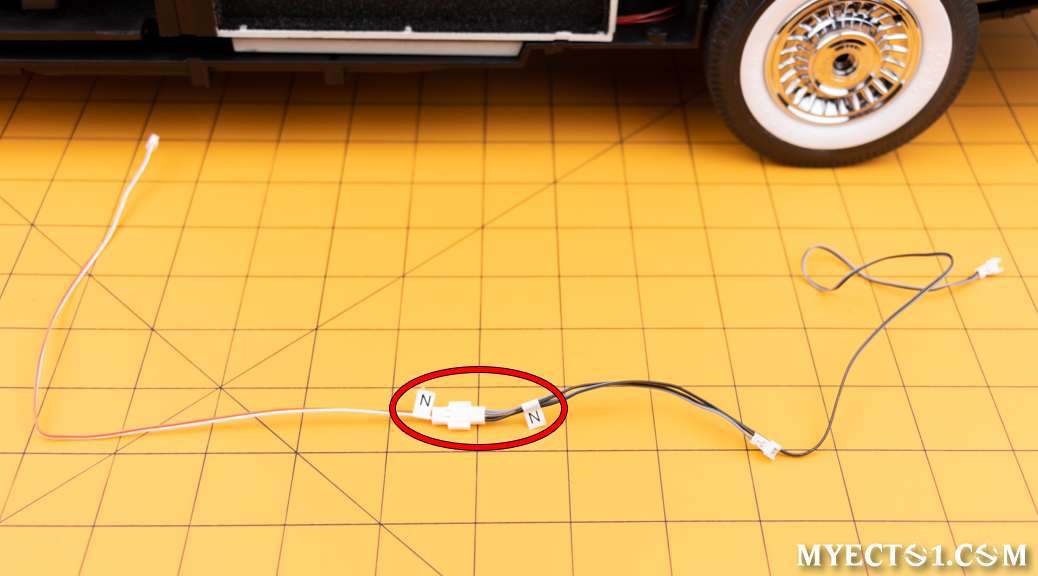 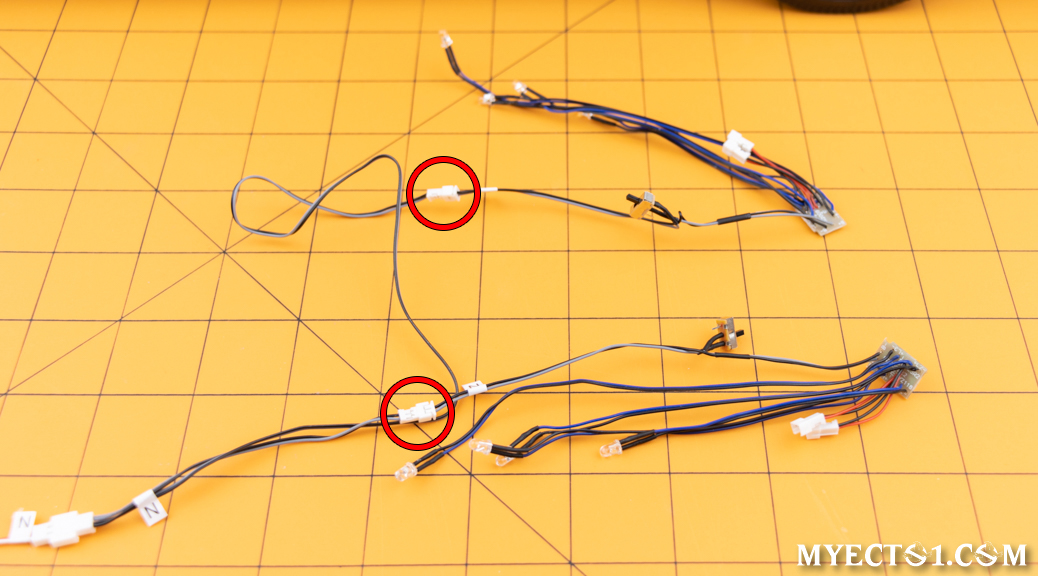 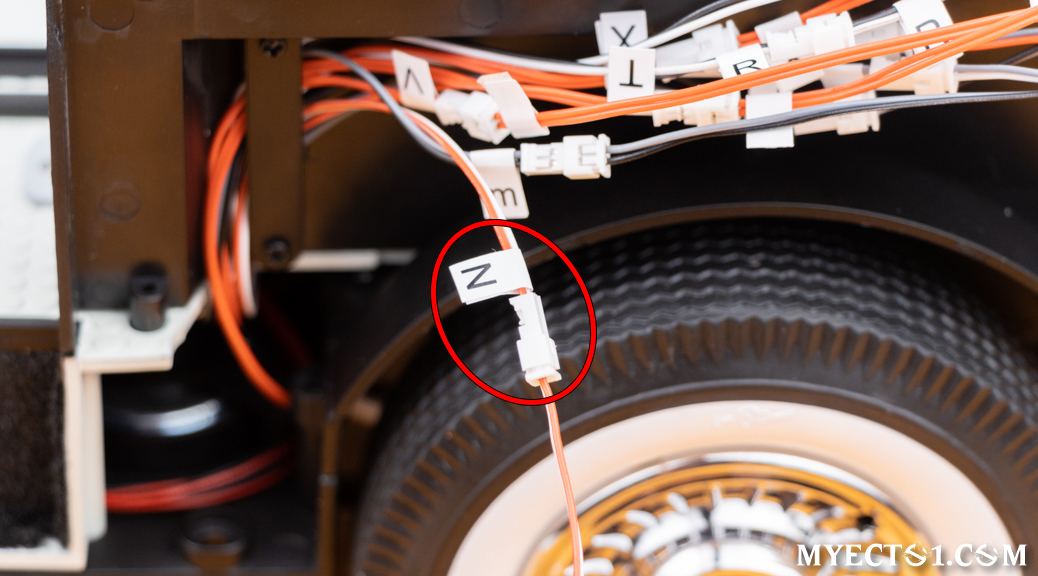 Slide the switch on each Code 3 Force 4 XL LED assembly to the ‘ON’ position and all eight blue LEDs should light up steady. 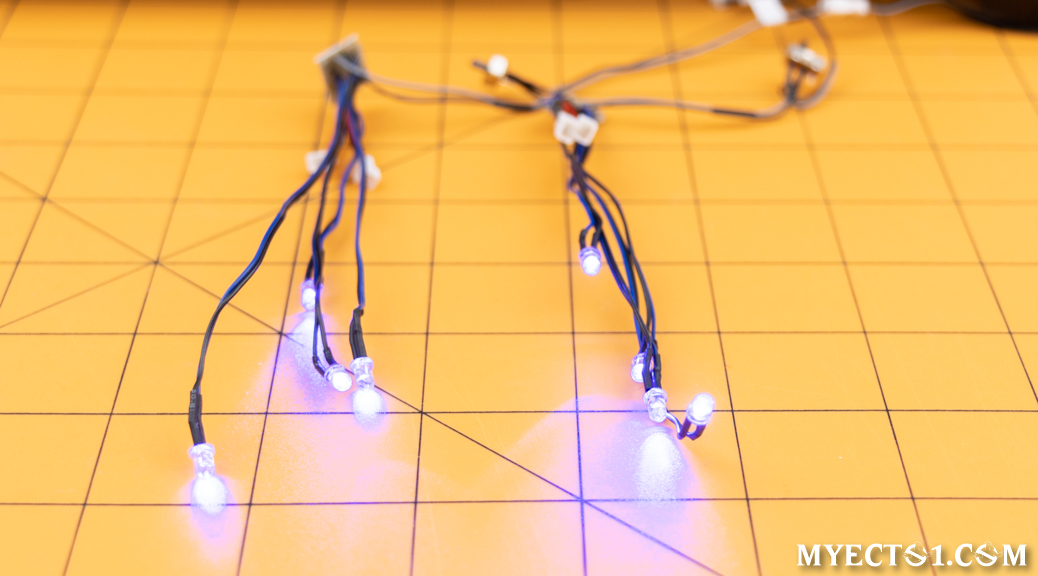 NOTE: If any of your lights do not work as expected, check the following areas:

You probably already know how much I love electronics and lighting for our models, but I am a bit bummed by the lighting pattern of some of these LEDs. For example, the four LEDs for the pair of Front and Rear Deck Lights (round PARs) blink on and off. On the real Ecto-1, these were lit by incandescent bulbs, so I was hoping ours would at least fade in and out. And, the Whelen HRDF-200 Strobe LED should actually ‘strobe’. Instead, it slowly blinks with long periods of being lit and unlit. I have a feeling I am going to have to fix this lighting soon.