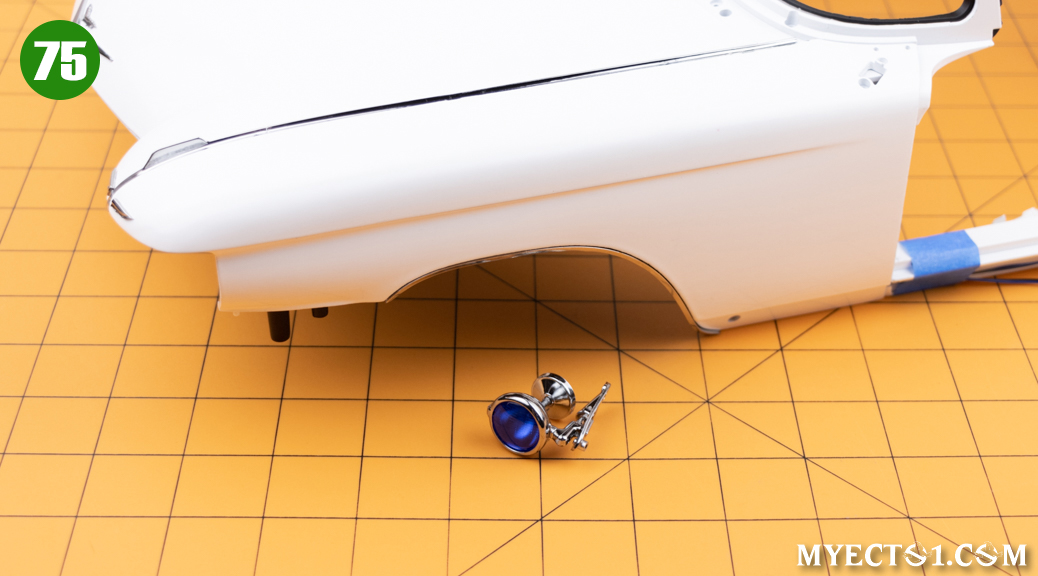 “In this stage, you build the Unity S6 spotlight and install the ceiling light switches.” 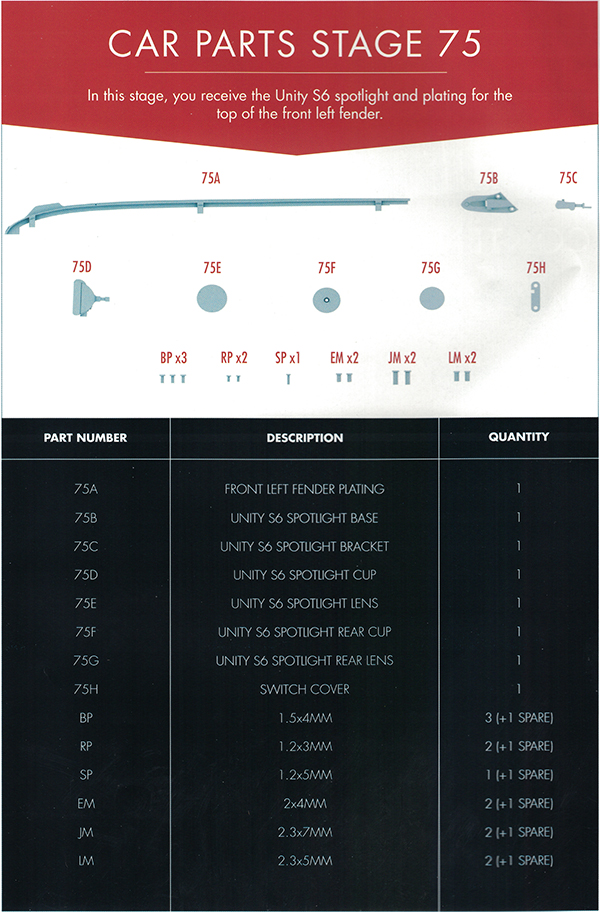 Materials: All of the parts in this stage are plastic. 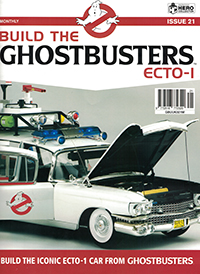 Retrieve your Body Frame assembly from Stage 73. Fit the three posts of the Front Left Fender Plating into the matching holes of the Body Front Frame, as shown: 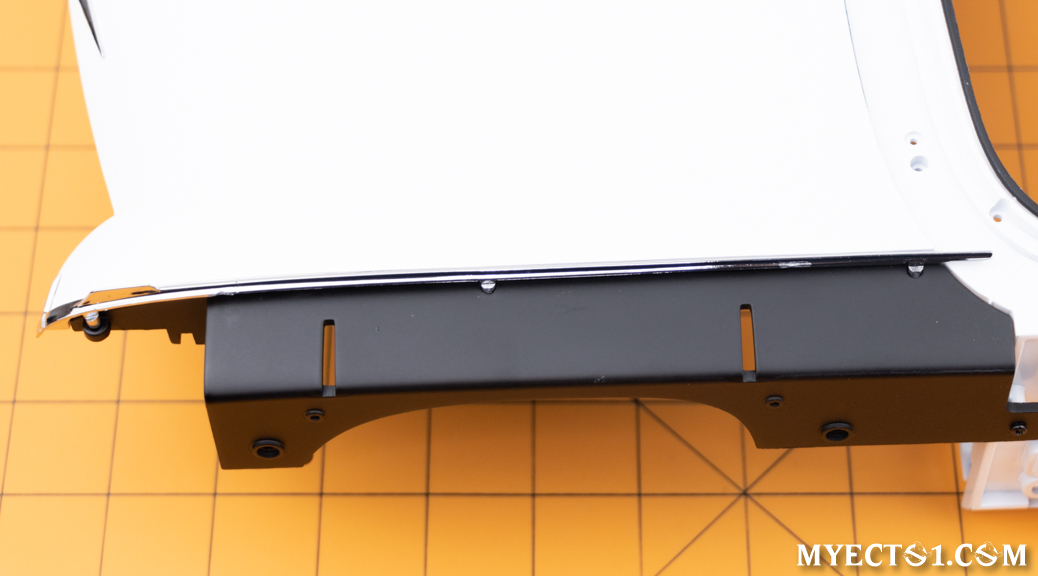 Since we need to turn the Body Frame upside down to fasten this, I recommend securing this part (and the Hood) with painter’s tape or similar: 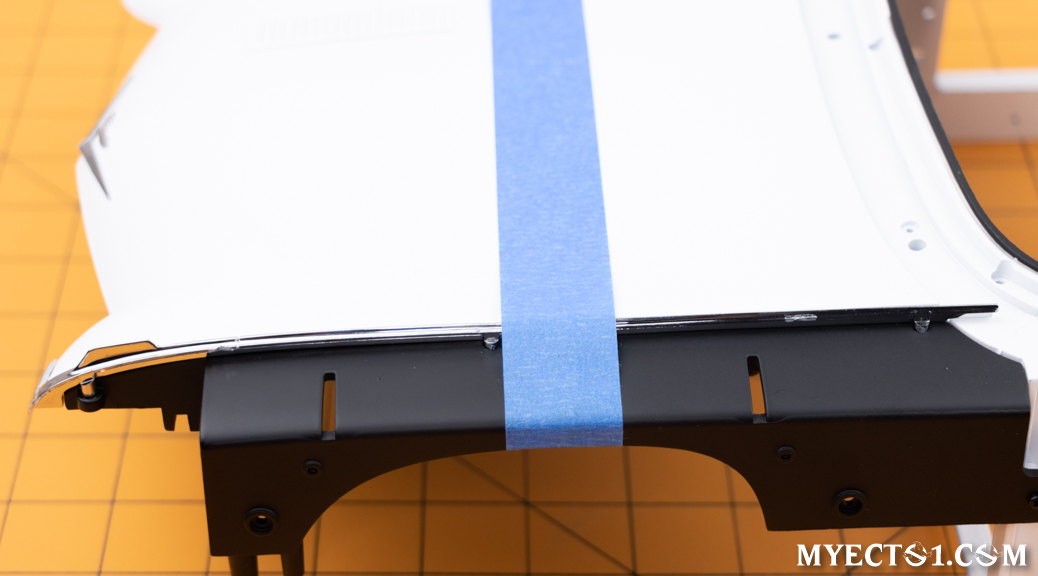 Secure the Front Left Fender Plating into place from below with three (3) BP screws: 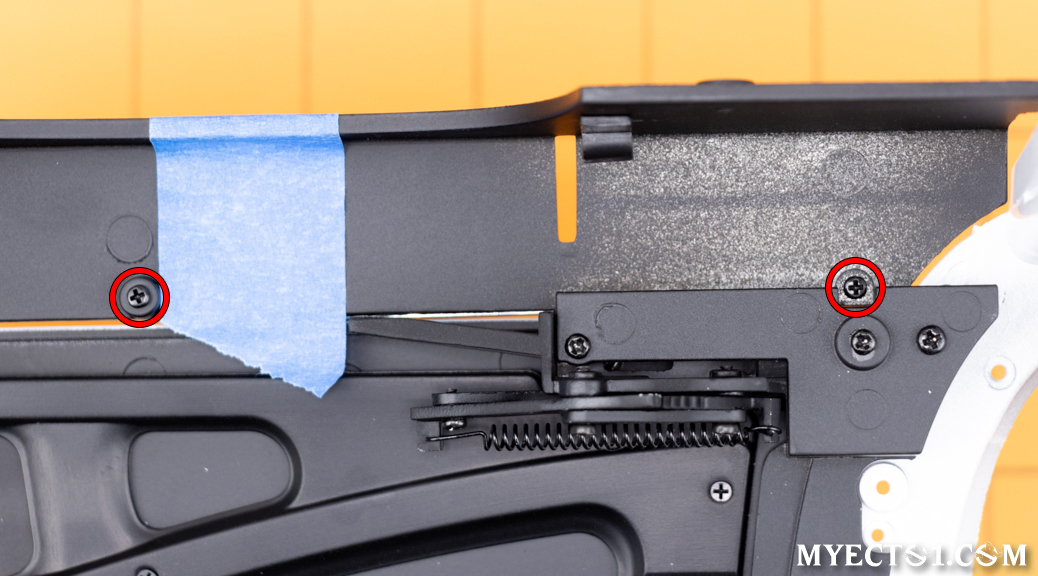 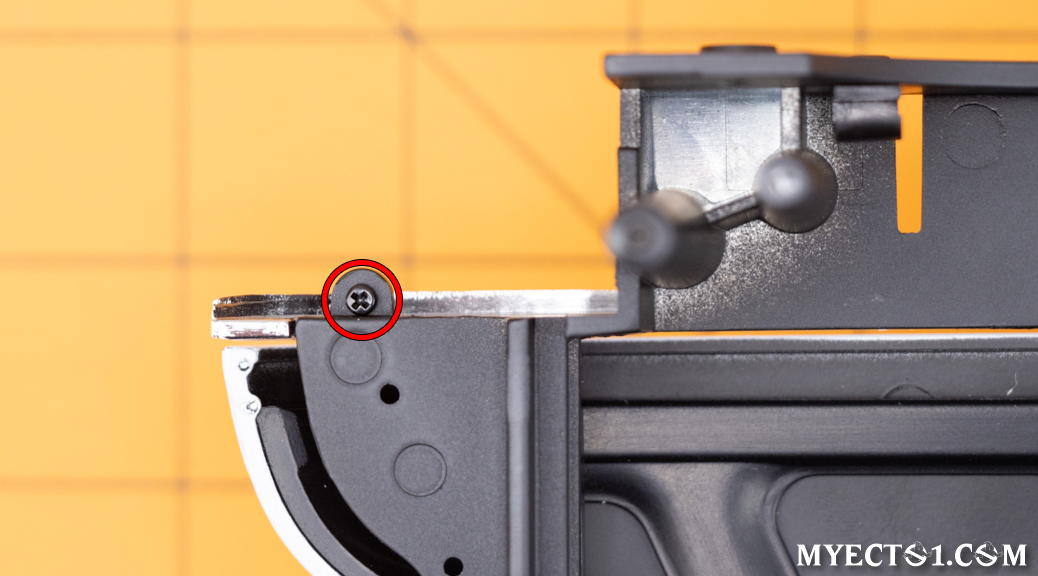 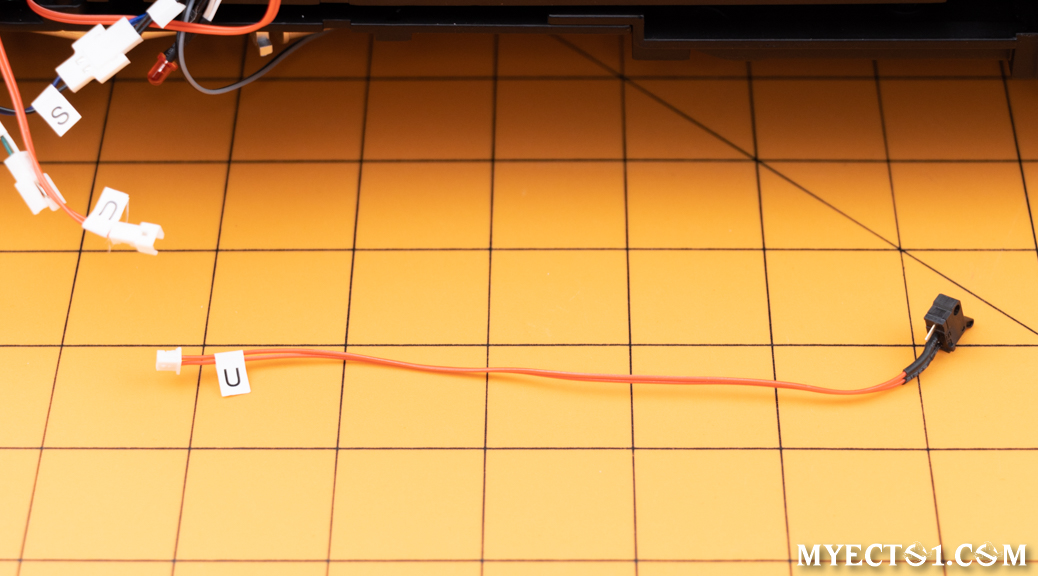 Fit the switch of this wire into the matching cavity at the left front door of the Body Frame assembly, as shown: 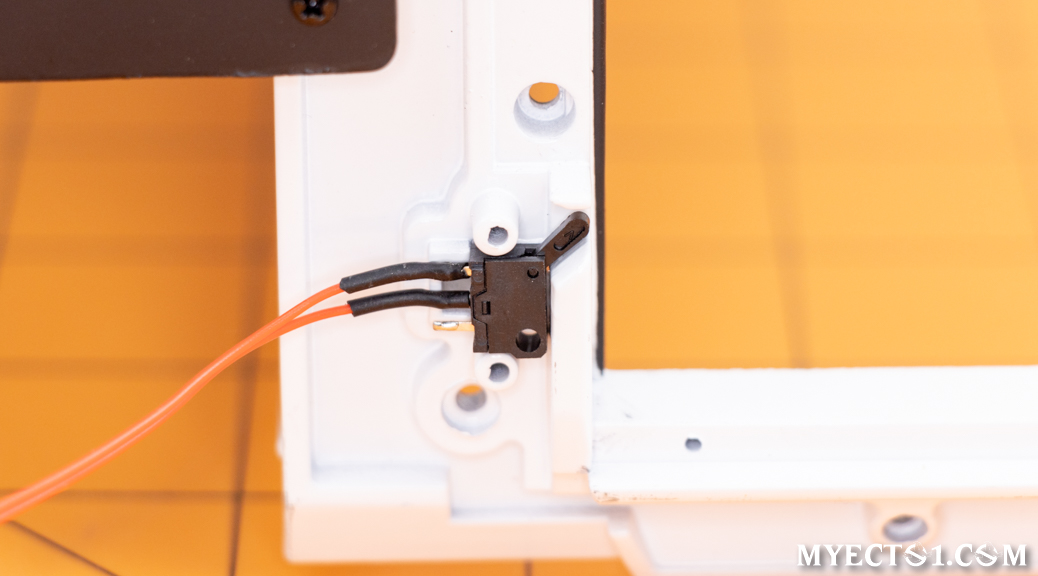 Fit the Switch Cover over the switch and secure it in place with two (2) EM screws.

Note the notch in the Switch Cover is facing towards the front of the car. This is also your friendly reminder to try using 3-in-One Oil on all screws going into metal: 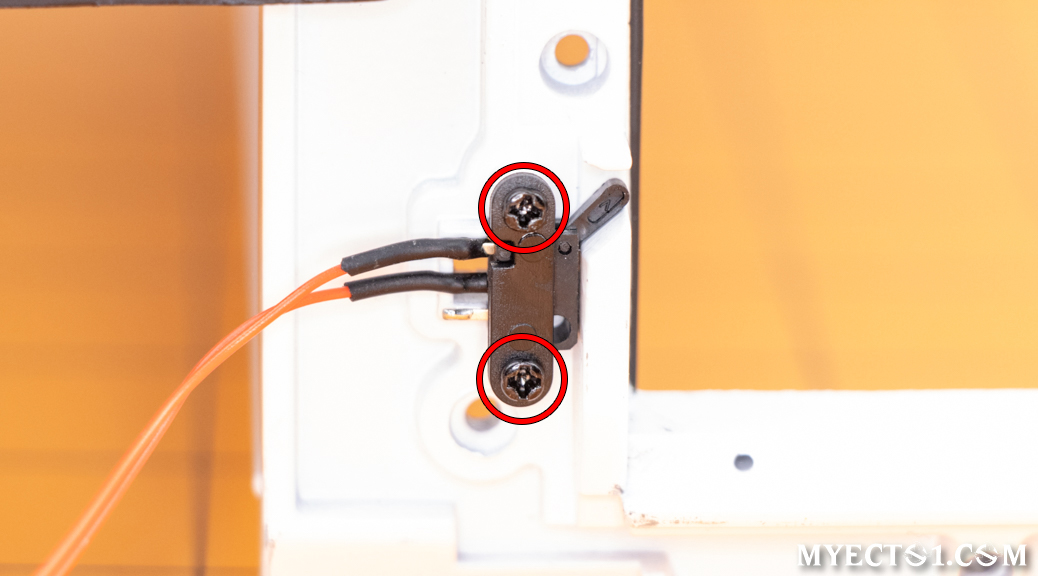 Go back to your Chassis assembly and disconnect the Ceiling Light LED wire (66E marked ‘S’): 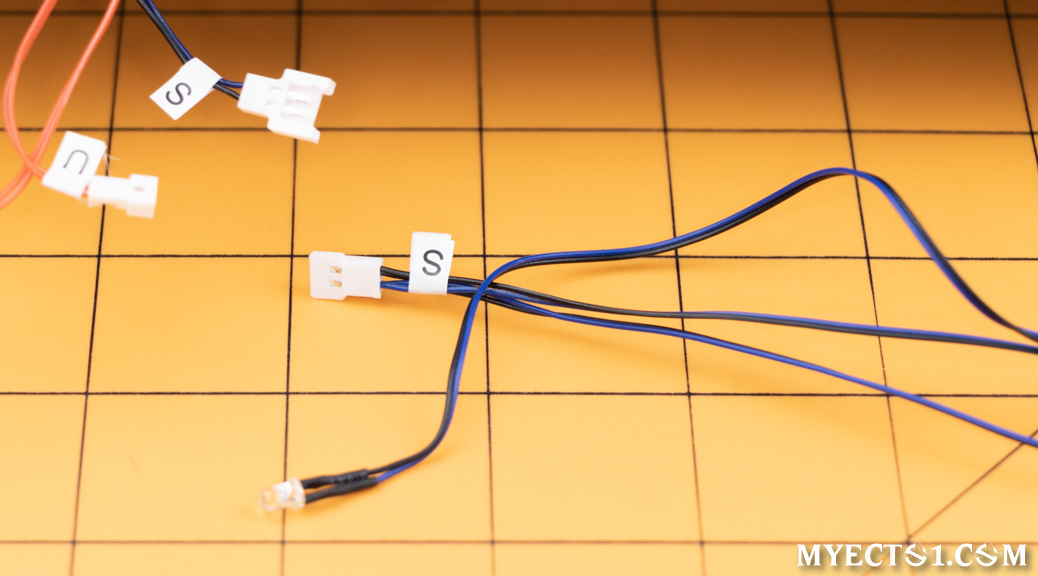 Feed the Ceiling Light LED wire through this notch in the lower left Body Middle Frame, as shown. 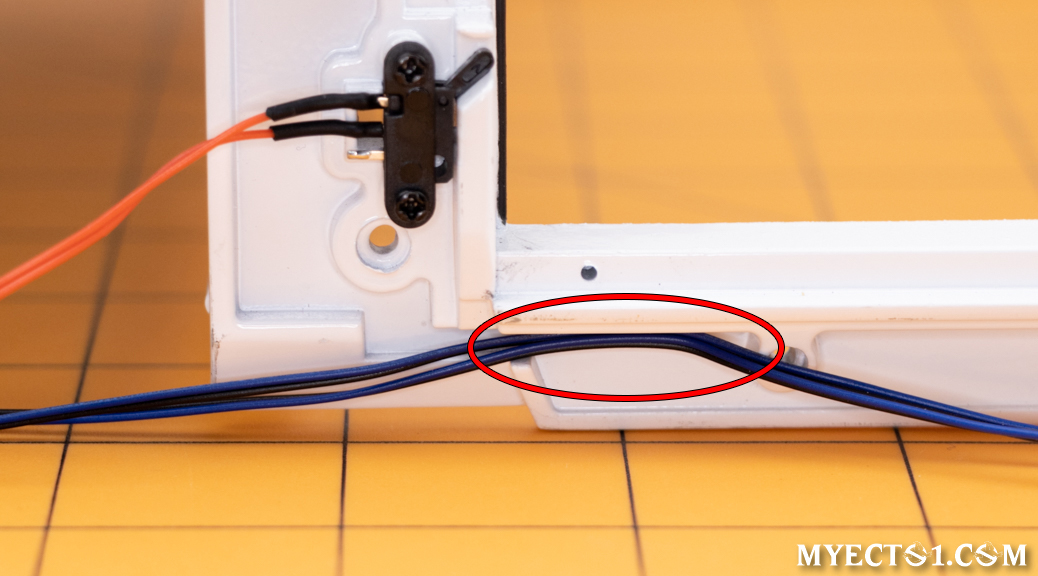 To know which point of this wire should be in the notch, I placed the plug end of this wire close to where the plug from the door switch was. These plugs will need to be able to reach the respective plugs at the left side of the Dashboard when the body is attached to the Chassis later on: 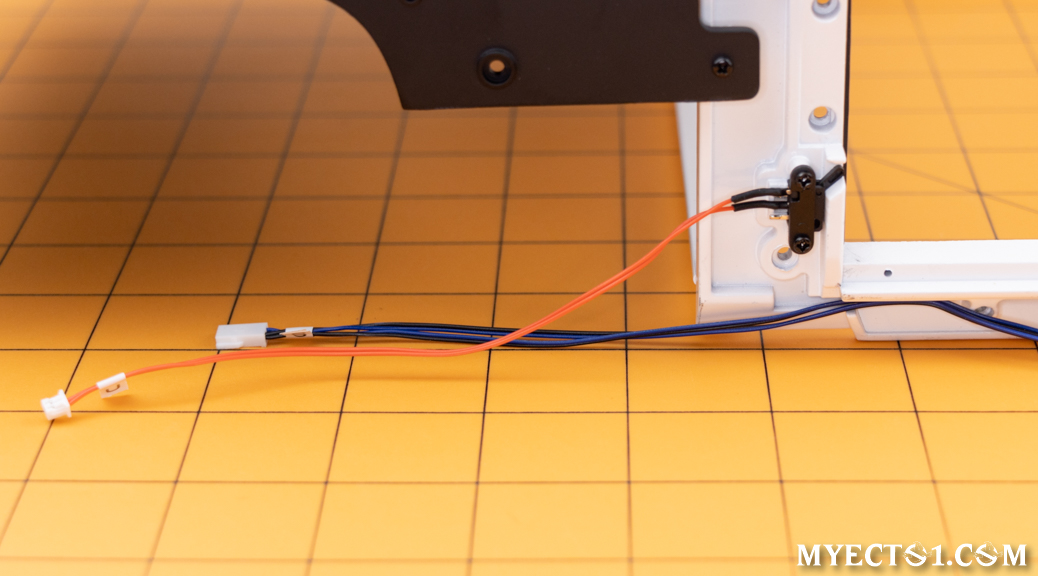 This wire should also clear the lower hole to mount the Front Left Fender, so it needs to run through this gap. I then wrapped both wires around the Body Frame to keep them out of the way: 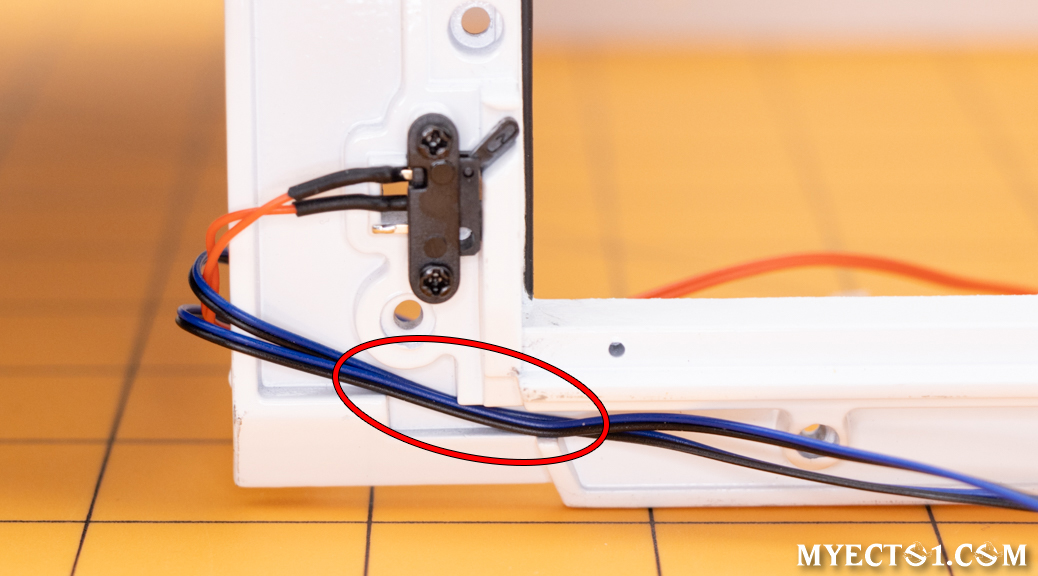 Retrieve your Front Left Fender from the previous stage. Fit the four posts of it to the matching holes on the left side of the Body Frame assembly, as shown.

I used the painter’s tape keeping my hood closed to also hold this fender in place: 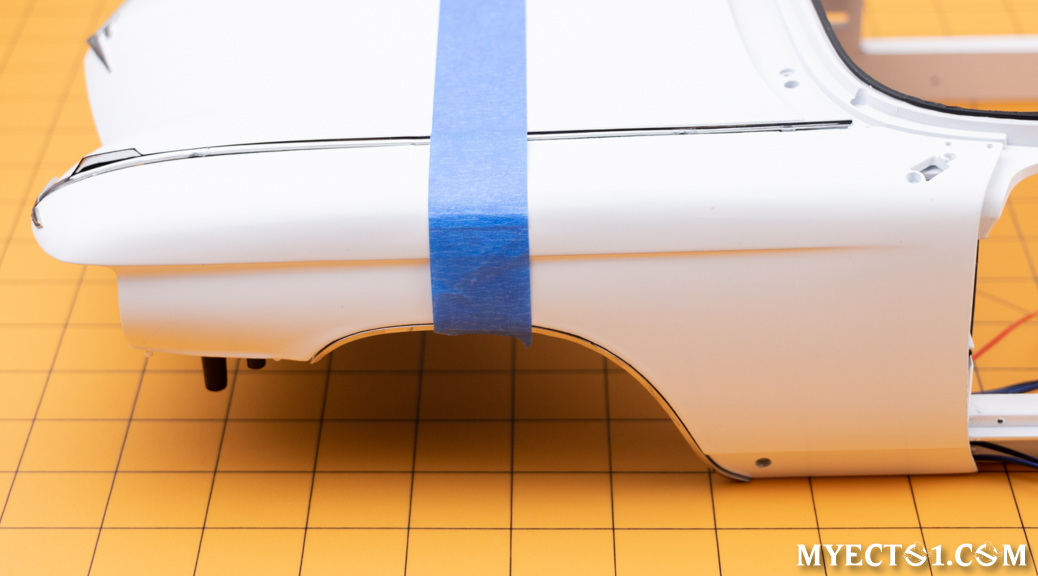 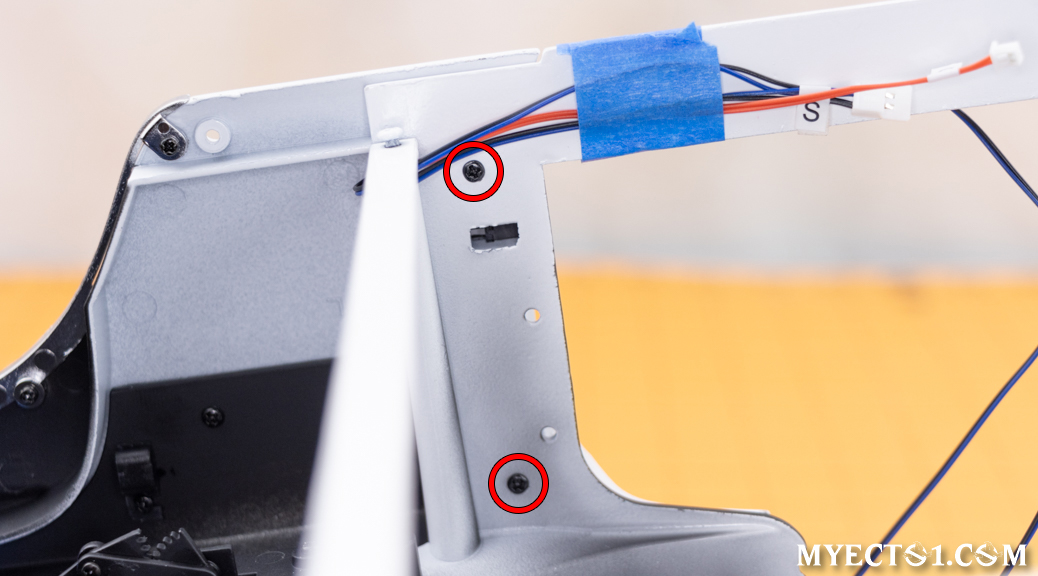 … and the front of the Front Left Fender to the Body Front Frame with two (2) LM screws: 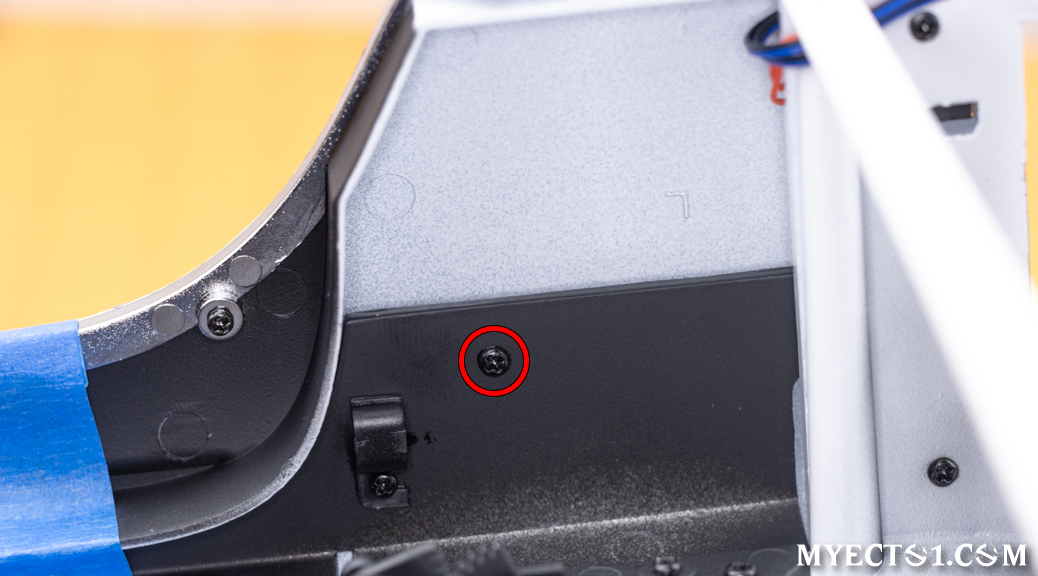 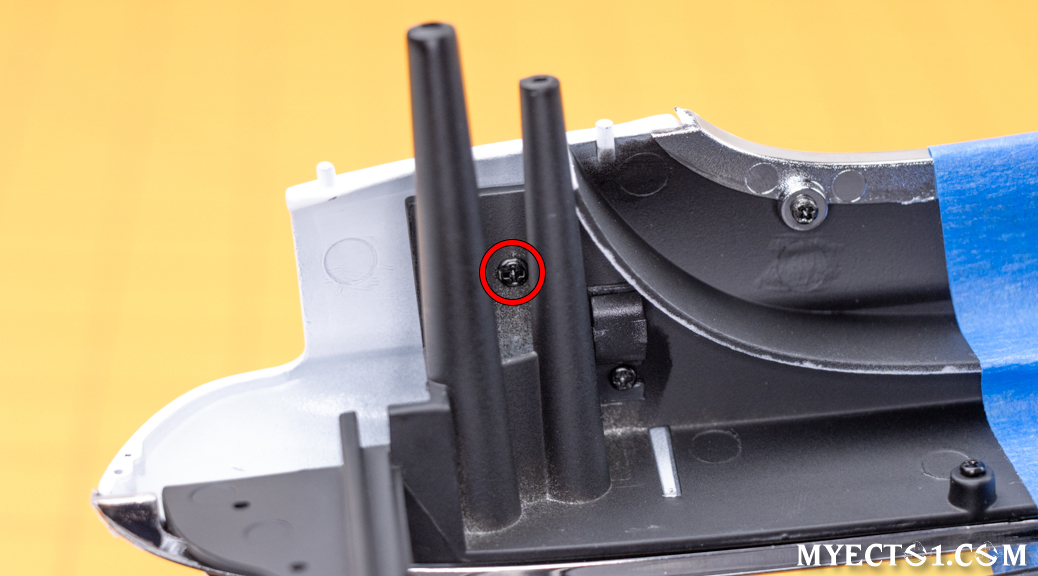 To keep the wires where I wanted them, I added another piece of painter’s tape to the front left door sill: 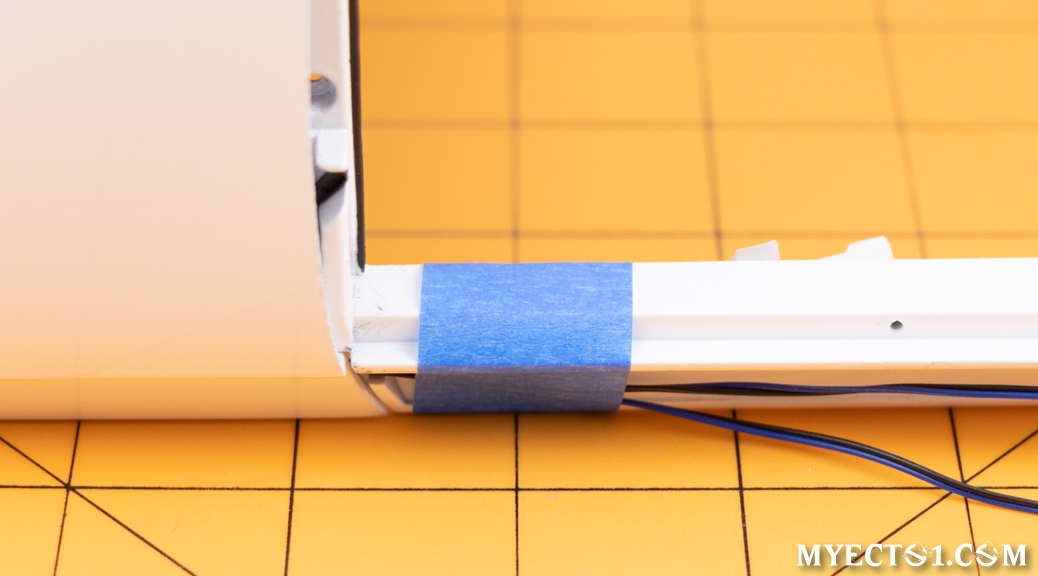 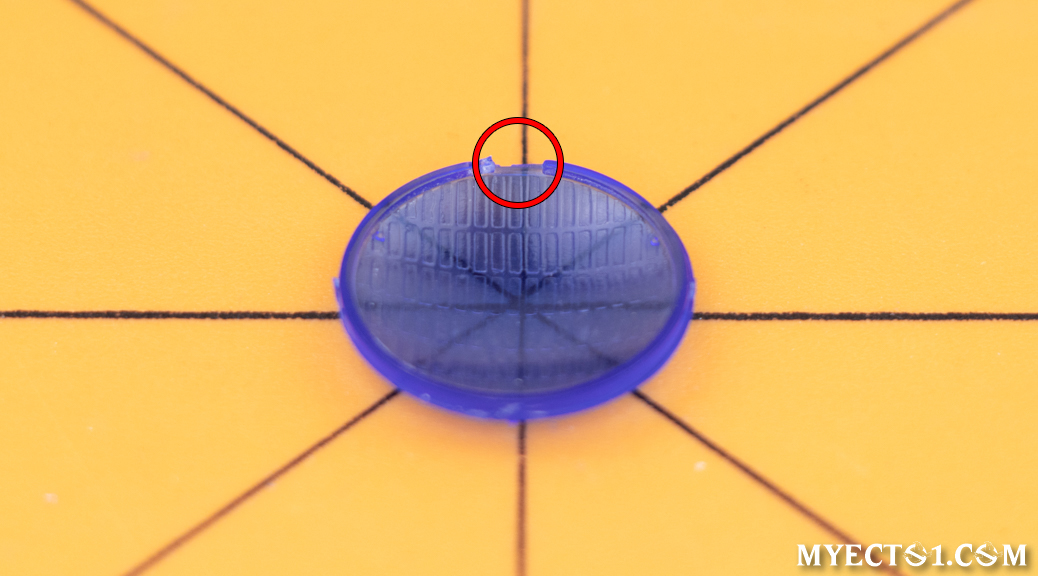 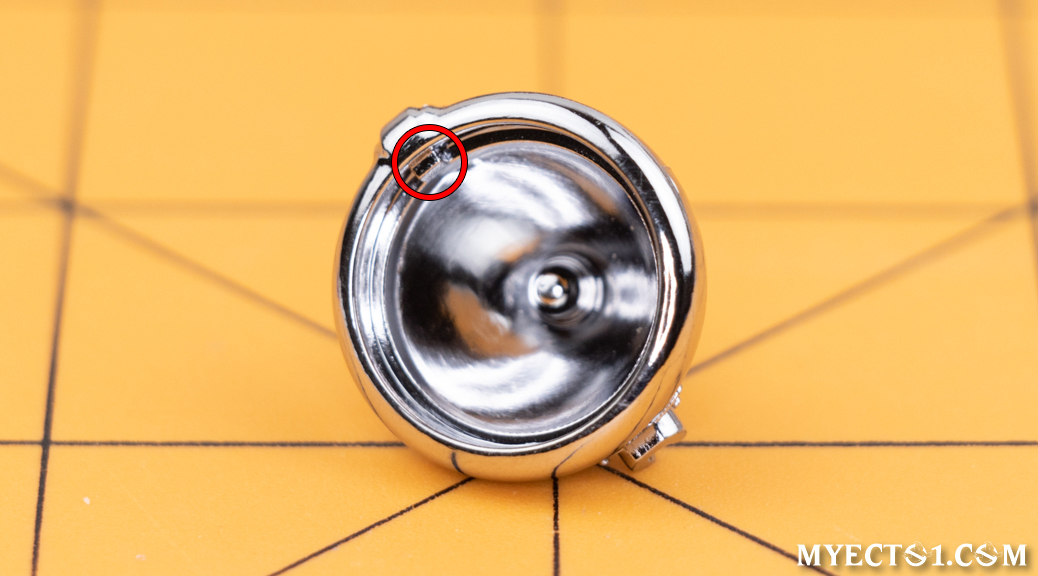 The lens should end up recessed into the cup, like this: 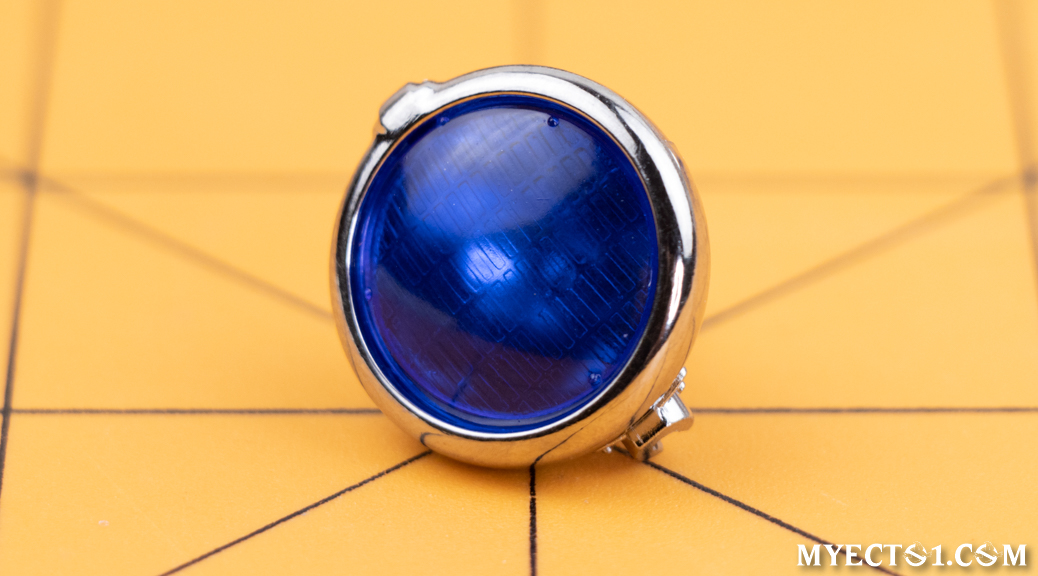 Fit the Unity S6 Spotlight Rear Cup to the back of this assembly, as shown: 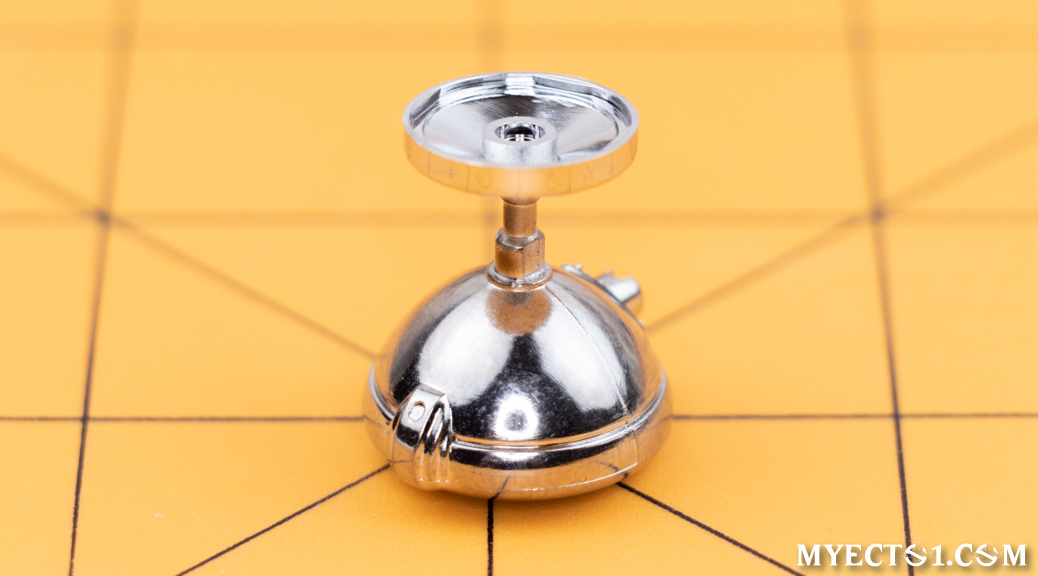 Secure this Unity S6 Spotlight Rear Cup into place with one (1) RP screw: 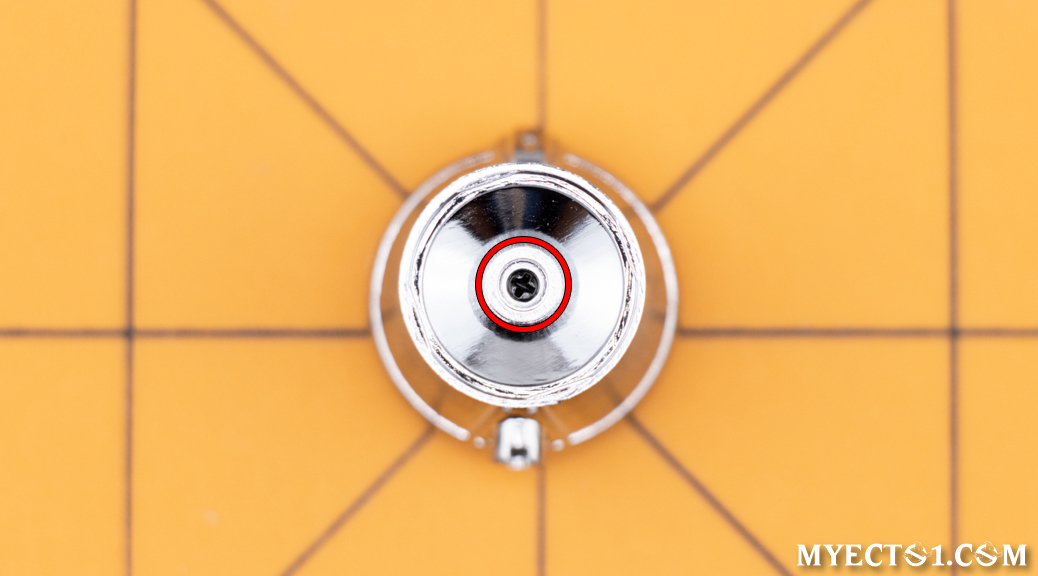 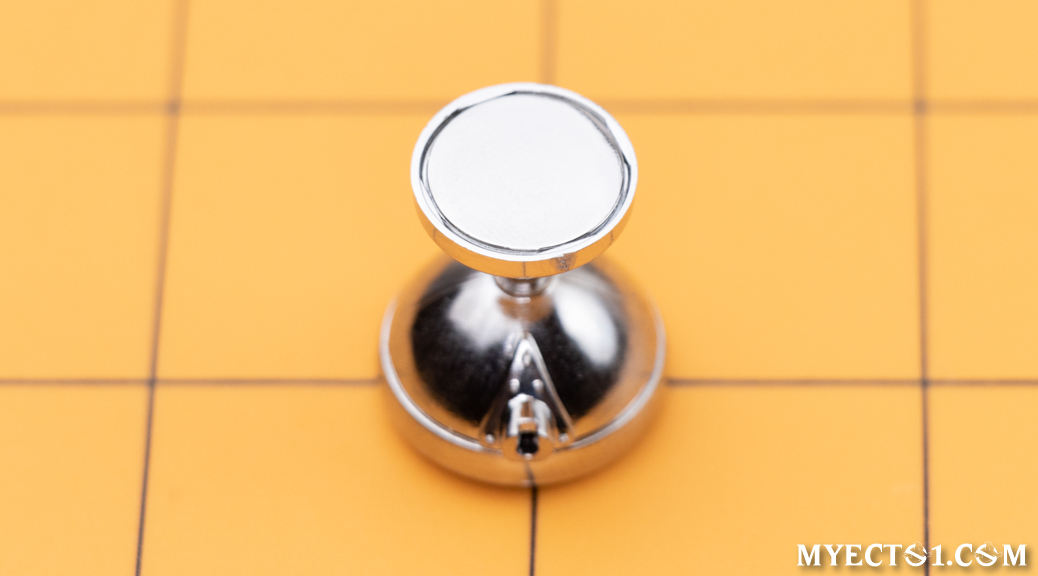 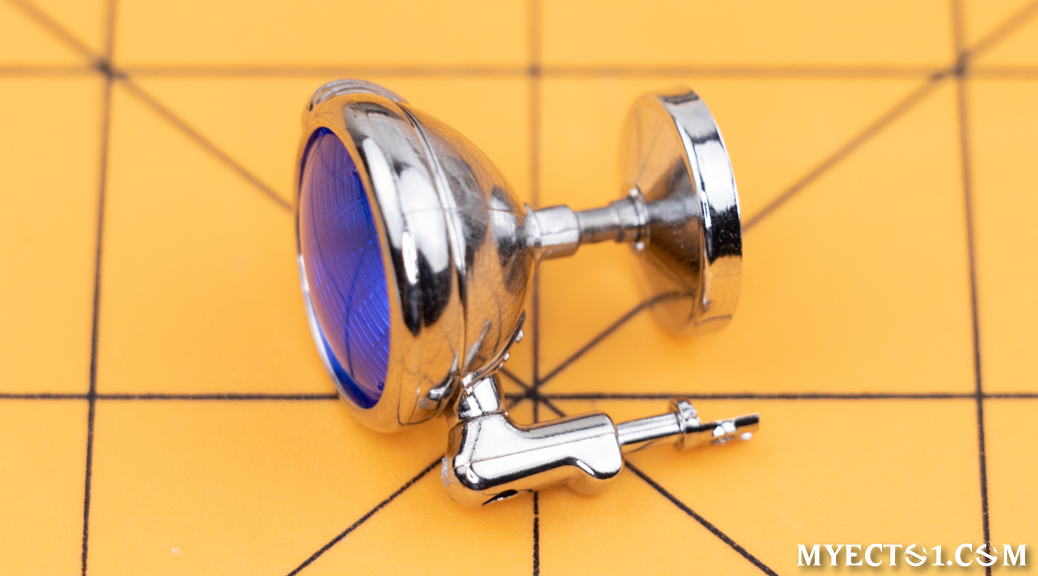 Secure the Unity S6 Spotlight Bracket into place with one (1) SP screw: 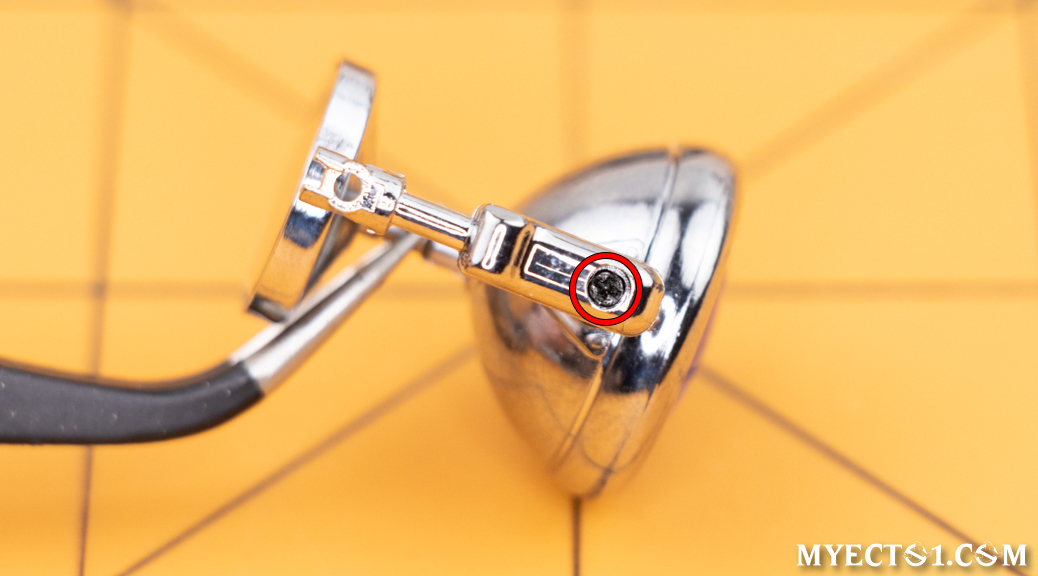 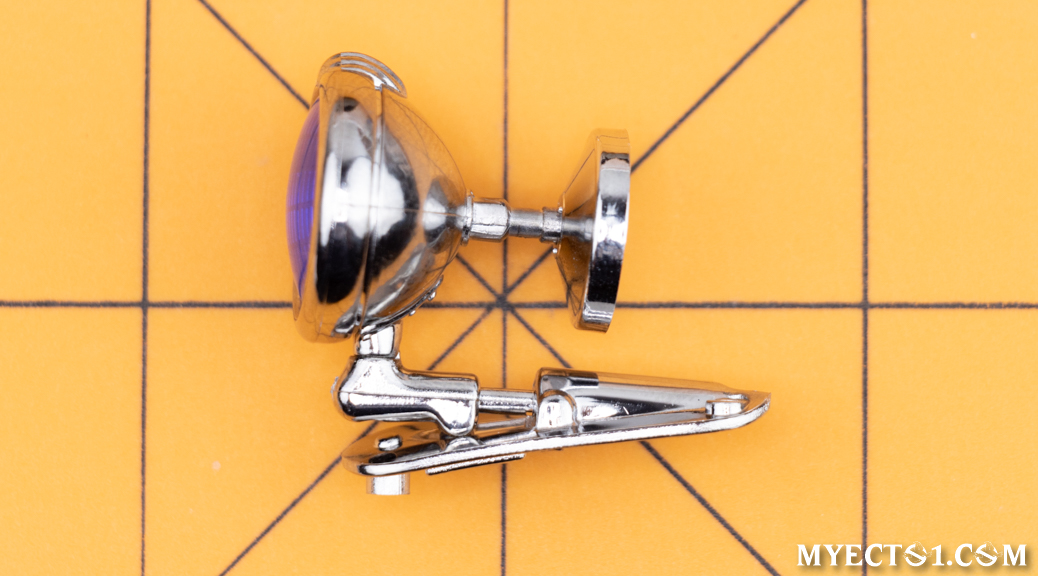 Secure the Unity S6 Spotlight Bracket to the base from below using one (1) RP screw. 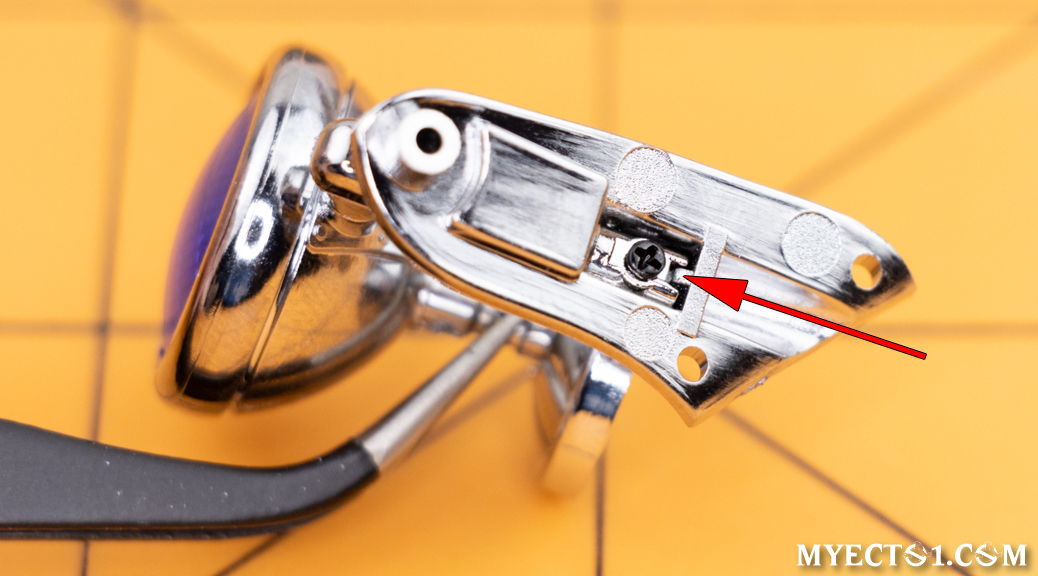 The front end of our Ecto-1 is coming along nicely! I enjoy all of the little details in the Unity S6 Spotlight too (even the name is correct). Since the spotlight parts are small and fragile, be extra careful with it as we need to store it for use in a later stage.