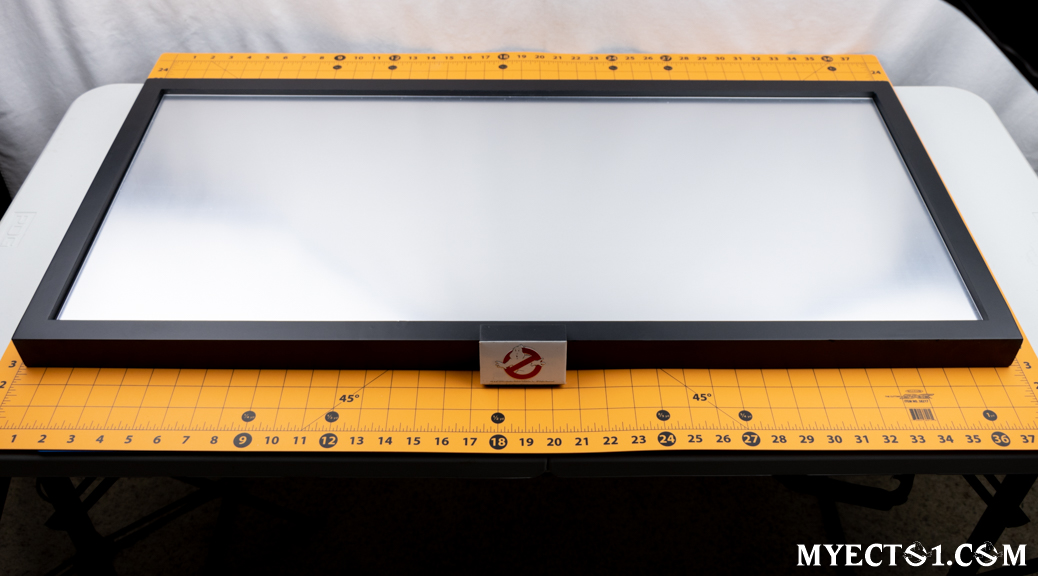 When you sign up for the subscription-based Eaglemoss 1:8 scale Ghostbusters Ecto-1

partwork build-up, you will receive five FREE gifts along the way. The first four gifts were a Collector’s Binder, a License Plate, a Baseball Cap, and a T-Shirt. For the fifth and final gift, I received this Display Base which arrived with Issue 13 (Stages 43-46).

The Display Base consists of a mirrored surface (under a protective film I am told, I am waiting to this remove later) inside a wooden frame. The frame is finished with a matte lacquer paint and the corner seams are filled pretty well. It is huge; more than 37″ long! At the front, there is a glossy faceplate with the Ghostbusters logo in full color (also under a protective film in this image): 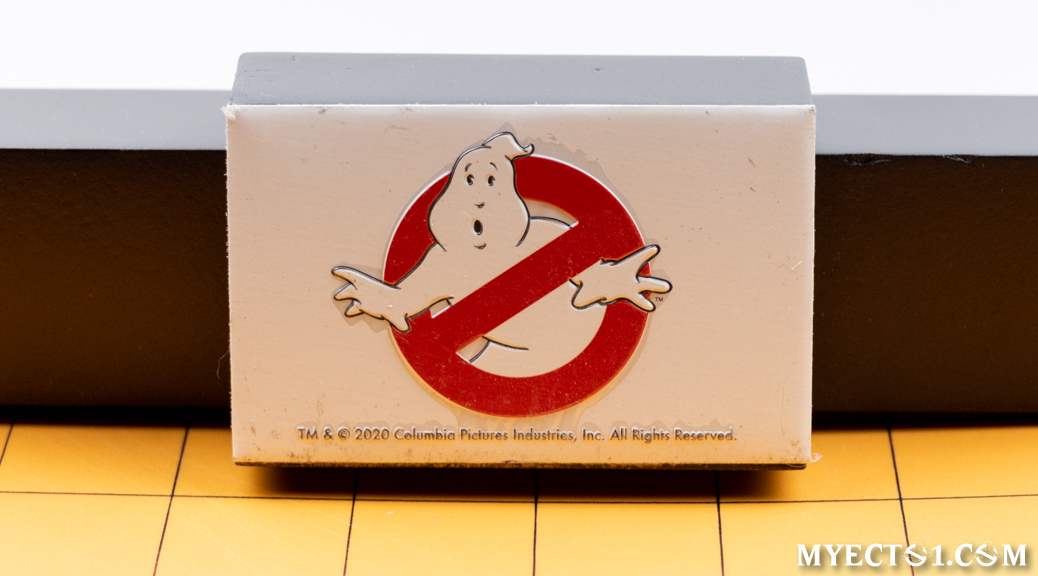 This design is slightly different than what is shown on the Eaglemoss website, but it is very close and perfectly acceptable: